We are squarely in the 80’s folks. Hair bands and Ah-ha. The 80’s ended thirty years ago. That’s... intense. Oh well. As it stands, since we have 87 days until kickoff, we have—Kaden Deluna 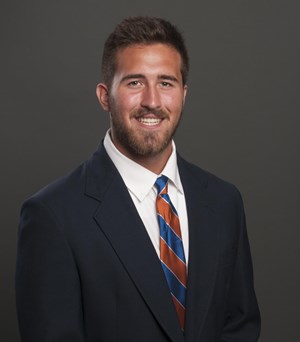 The local kid is a walk-on from just slightly north of Boise. Always good to see local kids stay local, if they can.

While in high school he was the Western Idaho Conference MVP as a senior. And 2A WIC first-teamer two years in a row.

Oy. It’s going to be a long off-season guys.

John Kuhn? Kind of a stretch, I know.

He redshirted for the Broncos last season so there’s nothing here in a Broncos jersey. But he did catch 12 passes for 176 yards and two touchdowns, and rushed for a third, as a senior up in McCall.

Welp. He’s a tight end who is probably lower on the depth chart than he wants to be. He’s probably going to be behind John Bates and Matt Pistone just off the top. And then Garrett Collingham just got put on a scholarship. Tyneil Hopper was a four-star recruit that had P5 offers and Cole Ramseyer came from a less humble background. If Mr. Deluna gets on the field, it’s going to be in a special teams capacity or if the Broncos run into some trouble injury-wise. I always root for success for every dude on the roster. But there are only so many touches to go around and I am not just not sure if Deluna is going to get many (at least this year).

Yes. He doesn’t tweet too much, but he’s got a good sense of humor.

I guess the other two didn’t get the joke ‍♂️. pic.twitter.com/MT4OdwIBvv

Did you guys know that the collars on shirts used to be detachable? Kaden Deluna did. While not too many are detachable anymore, he’s going to bring it back. Along with sexy.