With just 63 days left until kickoff, it seems like a good day to examine number 63 on the Boise State roster, wouldn’t you say? No? Well tough...that’s what you’re getting! Ulrich decided to go the walk-on route after (ostensibly) receiving no offers big enough to pique his interest and redshirted a season ago. At Enumclaw High School, Ulrich was a two-time 4A All-NPSL Olympic selection (first team in 2017 and second team in 2016). As a long-snapper, Ulrich was Enumclaw’s Special Teams Player of the Year in both his junior and senior seasons.

Come fall, Ulrich will be the third “Keegan” on the roster (Duncan and Freeborn are the others, although Freeborn has a superfluous ‘h’ in his name). 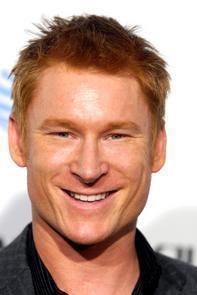 So many Keeg(h)ans, so little playing time. Ulrich may just want to dust off his long snapper duds (it includes a fanny pack) if he wants to see the field this year, as the O-line is relatively set as far as starters and backups, and I don’t see a 262 lb. guy taking snaps away just yet. Providing those snaps? Possibly...but if Ulrich sticks with the “OL” tag, I fear he may need some extra bulk to get a fair shake. Be honest, if I showed you Ulrich’s picture and asked you to name his position, I’d think O-lineman would be fairly low on the guess list. He’s big for a long snapper though, and huge for a tight end...so he might need to pull a reverse Nick Crabtree and work out with some different units if he wants to see The Blue up close. That said, if he’s stuck around this long he’s got some fight in him...so add twenty pounds and maybe we’ll see those fights materialize.

I don’t think so...unless he’s started to go by “Skeet”

Much to John Fogerty’s chagrin, Ulrich has never seen the rain comin’ down on a sunny day.