He’s so good that you’ve never heard of him

Yesterday may have been “nice”, but today is downright good. The big boys in the trenches are the unsung heroes of every win, right up until they make a big enough blunder that it burns their name into the collective fan subconscious.

The good news for today’s countdown player: we had no idea who he was (previous countdowns notwithstanding). 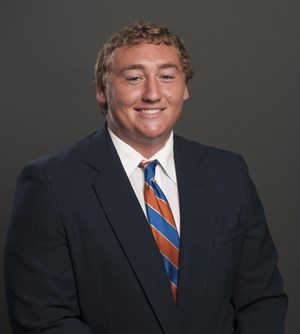 Jake was a mid-spring 2017 walk-on out of San Marcos for the Broncos. Presumably he drove up from California, although he might have packed light enough to fly.

No idea on the acting chops, but he’s got the look of a younger, buffer Gene Wilder.

While Stetz did appear in every game last season, he mostly was on special teams for kicks. Necessary, if unsexy, I would count it as notable that nobody remarked “dammit, Stetz!” on Twitter at any point.

We may not have heard much about him, but the coaches have sure paid attention. You don’t get awarded a scholarship for slacking. Congrats to Jake!

While the Boise State offensive line returned all of the starters and should be one of the strengths this season, depth is always critical. Having seen the field last season, albeit in limited action, Jake could be high on the list for call-up in the event of injury or exhaustion.

When you take his playing history and newly-awarded scholarship into consideration, it seems increasingly likely that he’ll regularly see the field this season, even if he doesn’t start.

He keeps a low profile, but he’s there! Give him a follow.

Stetz has a personally curated collection of fast-food drink cups from around the world.