I have no idea how we’re already in the 70s, but since it means we’re closer to kickoff...I won’t complain. Today, we’ll take a look at a numberless newbie who could wear the #78 jersey (if we’re lucky)—Jacob Golden 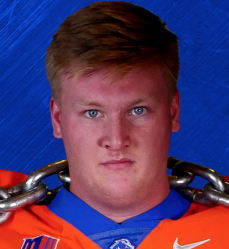 Golden hails from the non-Illinois Peoria...the one that’s a suburb of Phoenix, and having spent a little time there, I can’t imagine living there as someone of Golden’s generous proportions. On the bright side, he’s large enough to haul an AC unit with him wherever he goes. Golden was a 3-star prospect out of Peoria High and the 33rd rated prospect in the entire state according to 247sports. Golden made the most of his time as a Panther, as he was named a first-team all-conference performer on the offensive line all 3 years as a starter. His play on the field (and apparently in the classroom) led him to a host of offers...among them (deep breath): Air Force, Brown, Fordham, Harvard, Hawaii, Howard, Idaho (snicker), Indiana State, Montana, Nevada, New Mexico, North Dakota, Northern Arizona, San Diego State, San José State, Utah State, and Washington State.

As I’m not an offensive line guru, perhaps it’s best to let you see his body of work for yourselves:

If you’re trying to get to the QB though...gate’s closed.

He looks different in a lot of his pics, but the one I featured at the top of the page looks a little like our Ginger Giant himself—Joe Kellogg 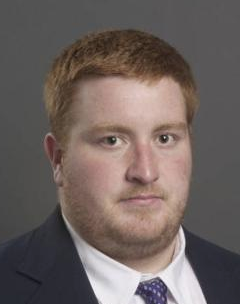 Writing a prospectus for a true frosh O-lineman is admittedly rather easy. Unless injury-palooza strikes (stranger things have happened—season 3 coming to Netflix in July!)—these dudes ain’t playin’. Of course, with the new redshirt rules...they technically could get some snaps, but again, unless we have a veritable plague of injury bugs, it probably won’t be a) beyond 4 games of action, or b) outside of so-called “garbage time”. That said, Golden is a fantastic O-line prospect who will probably play tackle and should be ready to step into a potential starting role right around the time when we’ll need him (read: when Ezra Cleveland has moved on). Considering that Cleveland was recently named a 4th-team All-America and has all sorts of draft buzz already, that could be sooner than we think. Golden has the lankiness and athleticism to really excel in the Broncos offense and I think the coaches will be able to do quite a bit with him in 2020 and beyond. We’ve had some pretty amazing offensive tackles come through Boise State and if Golden can grasp that brass...well...golden ring from his predecessors, I think the Boise State offense will be in great shape for the foreseeable future.

Yep..and if this jersey number holds I made a big mistake.

The Golden family harbors a deep, dark secret that they’ve held for many, many years. They are, in fact, Bronze.