This is our last day in the 80s. And everything is moving on a pretty decent clip. Today’s entrant isn’t actually no. 80 (really, his jersey is no. 15) but it’s another double-booked number and we needed someone to fill the 80 spot. So today’s Bronco is—MacLaine Griffin 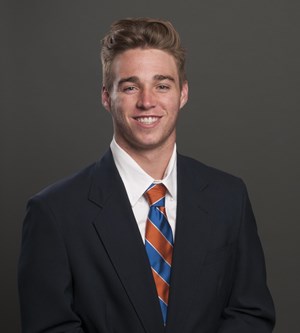 Mr. Griffin is a walk-on for the Broncos hailing from the same alma mater as fellow Bronco Andrew Van Buren. Griffin played both wide receiver and QB in his high days. He even dabbled in a little lacrosse. As stands, he waits his turn as a walk-on. 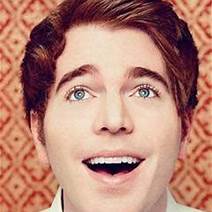 No official stats yet as a Bronco, but Griffin had 38 catches for 580 yards as a senior in high school. He did get the Scout MVP from the Broncos last year. He’s got nice hair. So that’s cool too.

Welp. Brutally honest: he’s going to be a scout team/special teams guy. And there ain’t nothing wrong with that. Who knows, maybe this write up is the turning point and he just breaks out to be some sort of Sperbeck redux. A guy that we all kind of had a collective: “huh?” as he went off and rewrote the record books. There are just so many other dudes in the receiving corp that are going to see time on the field that it will be a challenge for guys lower in the pecking order of the roster. But no mind. I would love to be pleasantly shocked. (Though I would probably cry some inside if Mr. Griffin saw the field out of necessity than luxury.)

The Atacama Desert in Chile is considered the Driest Place on Earth. That is, until MacLaine Griffin brings the rain!!