We’re nearly out of the 90s, so you can shed those acid wash jeans in another day or so. With just 91 days left until kickoff, today we’ll highlight an incoming Bronco who probably won’t wear 91, but is more than worthy of his own countdown, so today the numberless Shea Whiting will be 91 in our hearts. 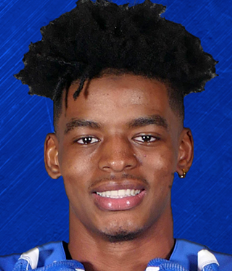 This three-star Houston recruit kept the Texas pipeline alive and well when he jumped aboard the good ship Bronco in late December. The Broncos already had some of the height and athleticism they so craved at wideout, but you can’t go wrong adding more and Whiting checked both of those boxes (in Sharpie). Whiting was named a Blue-Grey All-American as a senior and accounted for over 1,100 yards and 12 TDs over his last two prep seasons. Also an accomplished track athlete, Whiting was on the nation’s 2nd-ranked 4x400 team as a junior. Joining the Broncos in offering the talented wide out were Arizona, Cal, Houston, Indiana, Oregon State, Southern Miss, Texas State, Texas Tech, Tulane, UNLV, and UTEP. Like Indy choosing grails...he chose wisely.

Of course, you don’t have to take my word for it...check this kid out:

I don’t know...it just popped in to my head. 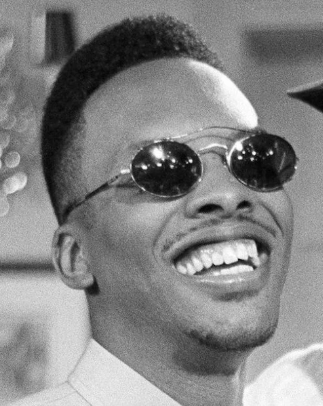 The frequently bum-rushed Jazz from Fresh Prince of Bel-Aire

We’ve probably said this before, but get used to it: the Broncos are absolutely STACKED at wide receiver this year (and frankly, for the foreseeable future as long as we cap the transfer portal). With just two seniors on the roster—John Hightower and Akilian Butler—and all sorts of incoming talent, it’s going to be a passer’s paradise on The Blue this year, so the interesting thing will be whether highly-talented individuals like Whiting, DK Blaylock, and Khyheem Waleed will actually see any significant time. Those three would be locks to play in nearly any other year, but this indicates what we generally refer to as a “good problem”.

Whiting will probably get his feet wet this season UP TO the four-game threshold, but I don’t expect his redshirt to be summarily burnt. With Hightower (hopefully) returning, Octavius Evans looking to fulfill his promise, Khalil Shakir poised for a super soph campaign, CT Thomas returning, Stefan Cobbs ready for his close-up...man, I just think we might have the luxury of easing all of these guys in nice and slow. Of course, that height could really come in handy...I guess we’ll just have to wait and see. Which reminds me...we only have to wait 91 more days! That’s only 3 months, right?

Yes...and with diploma in hand, he has just one more stop.

From the S.W.A.T to @BroncoSportsFB #BleedBlue pic.twitter.com/vBuMyurgdv

Whiting has a medical condition that has baffled doctors and scientists alike wherein he actually bleeds blue. The condition is tentatively being referred to as Horseshoe Crabemia.