Ahhh. How sweet it is to finally pitch in to this roadtrip we have going on right now. Can you believe it’s almost been a full week of the Countdown? I know I can’t. But it has certainly made the days go quicker. Having said that, we are going to review a newbie to the Broncos. He technically doesn’t have a number yet so it’s doubtful he will have this number but SOMEONE has to be here. A guy that committed right before the early signing period—JL Skinner 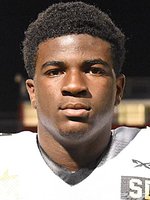 In a nutshell: being good at football. Mr. Skinner had such a good senior season that it sparked some competitive offers. He had quite the bevy of offers: Cal, Arizona, Iowa State, Louisville, BYU, and—wait for it—Colorado State. Dodged a bullet on that last Big 12 offer, eh?

Anyway, he liked what he saw with the Broncos and decided to hop on board. You should watch his highlights: 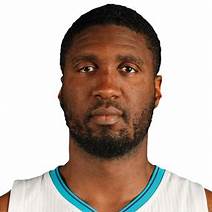 I can’t seem to find his senior highlights. So in his junior highlights he had three INTs, 33 total tackles (26 solo). Skinner was selected to the Makasi Bowl following his senior campaign and impressed many an onlooker at the exhibition. Looking forward to Mr. Skinner to fill this section with a quickness.

The Boise State Safety position had its share of heavy-hitters and fan-favorites (Jeron Johnson, George Iloka, Marty Tadman, DeAndre Pearce, Kekaula Kaniho). Seriously if you want to ingratiate yourself to Bronco fandom, either go 50-3 or be a safety.

At 6-3, Skinner has some good size and being listed at ‘ATH’ during the recruiting process certainly gives him some leeway and flexibility to what he wants to do. While it would appear that the safeties are going to be ok with the rotation as it stands, one can only assume that he will get his prerequisite four games to get some reps, but then shut down for the redshirt year. Or Injuries could plague the Broncos (again) and he gets thrust into the tick of things. Gosh I really hope it is not the latter.