We’ve built a pretty solid relationship with the state of Texas and Thomas is a product of that. A 3-star recruit and ranked the 5th best receiver in the Dallas area by the Dallas Morning News, CT (previously known as “Cartrell”) had a bevy of offers, including Utah, Illinois, Texas Tech and Colorado to name a few. He passed on all of them to bleed blue.

Anyone familiar with postal abbreviations should understand this one. 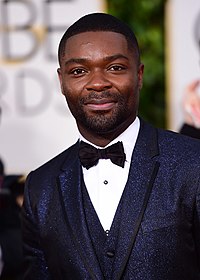 A fair amount of dudes are back from last season, but the notable exception—Cedrick Wilson—will give this WR unit a completely new look and feel. In 2018, we’re mainly going on potential. The Broncos leading receivers going into this season are both seniors—A.J. Richardson and Sean Modster, then you’ve got two true sophomores, CT Thomas and Octavius Evans as the next most experienced (if you count snaps, not longevity). That’s kinda crazy, but hey...it’s legacy buildin’ time!

Octavius Evans has been receiving the most buzz for a breakout season (maybe even a Super Breakout season), but keep in mind that Evans and Thomas were just 10 yards apart in receiving yards last year (131 for Evans and 121 for Thomas) and both had 15 receptions to their name. Really the biggest difference was that Evans found the endzone twice while Thomas primarily just extended drives. This season, I think Thomas may turn some heads as the shiftier of the two. Evans is going to be a great redzone threat and Thomas is going to be the guy you get in space and watch get some YAC. Now that Evans is questionable for the opener, Thomas’s mettle might be tested earlier than we thought.

There’ll be a few true frosh vying for some of those touches as well, but Thomas should see his grabs at least double, I’d think as Brett Rypien looks to stamp his own legacy in his final year on The Blue.

Yes, and his weight gain can be attributed to doing trophy curls.

What a time to be alive ‼️ pic.twitter.com/p0GuziRHrt

“CT” actually is not an abbreviation of his first and middle name, as is often the case (and it MIGHT not stand for “Connecticut” as previously stated). It actually stands for “Cold Titan” a nickname given to him during youth football. That’s cold.