FIFTY FOUR DAYS. That’s it. It seemed like forever a long time ago and now it’s less than 2 months away! Today is another big guy on the defense, #54 Matt Locher. 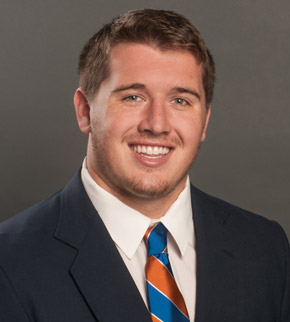 After a stellar senior year at Los Alamitos, Matt passed on offers from Cal Poly and Air Force to be a Bronco. Sounds like it was a no-brainer to me.

This has been a thing and we will let it continue being a thing.

Actor Ryan Eggold, but with a bit more meat on his bones. 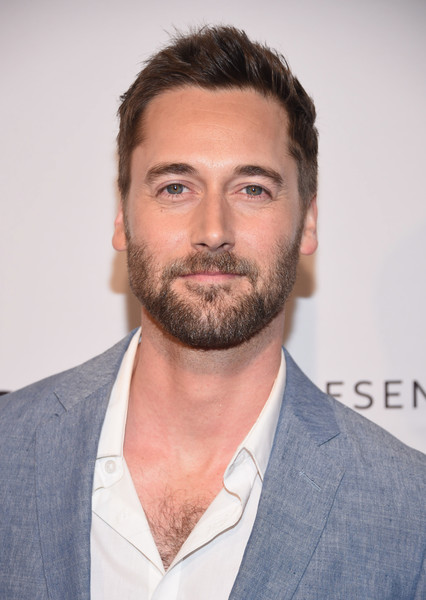 Matt appeared in all 14 games in 2017, registering 11 total tackles, 6 solo, a sack and 3 tackles for loss. He appeared in 2 games as a sophomore, but didn’t register any stats.

As a senior at Los Alamitos, he registered 155 tackles, 7 sacks, an interception and a fumble recovery, earning him Orange County Register Defensive Player of the Year, Sunset League co-MVP and All-Sunset League First Team on top of being named to All-CIF Southern Section Team (West Division). Those are some pretty lofty accolades!

Locher is in good shape for the upcoming season. He will have to split some playing time with Lui and Fesili, but there isn’t much of a gap, if any, between them. Matt makes up the weight difference between the other two with drive and anger. I anticipate Lui to be the starter, and in my previous article I speculated that Fesili would be named #2 and Locher #3. Really, that distinction could change at any point.

Because of how close they all are, I anticipate Igiehon and Freeborn to red shirt this upcoming season, which will help after the 2019 season when Lui, Fesili and Locher all graduate. With the new red shirt rule, I think we still see those two, but I wouldn’t anticipate we do outside of the 4 allowed games ESPECIALLY considering the experience at the position.

It seems Matt has multiple Twitter accounts. Damien’s post from last year indicates that it’s @MattLocher42. That account hasn’t tweeted since 2015. I did find another, @m_lochs, but it is private and doesn’t allow me to view his tweets. That account does have a picture of him holding the MWC Championship trophy, so I think it’s safe to say this is the most recent account.

Matt can open any lock by touch. There have been numerous pranks played in the locker room, but no proof that Matt committed the pranks.