We haven’t been giving the proper respect and visibility to our palindrome days...and now there are just 4 left! Today is one of those days, and associated with a pretty awesome Bronco—David Moa 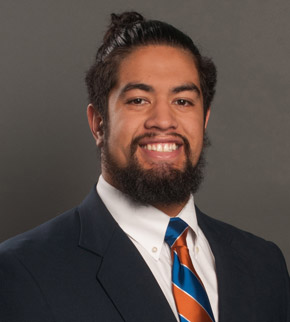 Moa was a consensus 3-star recruit according to ESPN, Scout and 247sports as well as being included on Scout.com’s “Top 10 DEs on the West Coast” list. Moa starred on both the offensive and defensive line at Kearny but was somewhat under-recruited—possibly because Kearny limped to a 1-9 season his senior year. On offense, Moa was named San Diego Section All-Western League as both a junior and senior and defensively was named second-team San Diego Section All-Central League in his sophomore campaign. In 2013, Moa registered 28 tackles and recovered a fumble and the previous year racked up 36 stops, a sack and two fumble recoveries. Moa was also a standout on the hardwood, helping lead his team to a San Diego Section Division III championship as a senior (Moa had 19 points and 18 rebounds in the championship game). Moa held offers from Montana, BYU, Colorado and Portland State and had garnered heavy interest from Oregon.

I have 3 sons and I’m just as proud of bringing this nickname into the world. ESPN even acknowledges the nickname during broadcasts and Moa name-checked OBNUG last season before a piece about the origin of his nickname. They grow up so fast! 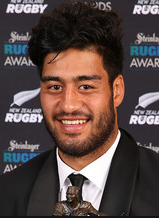 In last year’s Moa countdown, I speculated that with the autonomy that Moa would experience in 2017 by NOT having to play nose tackle, his numbers from his sophomore season could actually climb. Well, they didn’t...he went from 8.5 sacks as a sophomore to just 2 as a junior. His TFL numbers went down as well, year-over-year, and he went from 10.5 TFLs to 3.5. The dip in numbers led to understandable movement from the All-MWC first team to the 2nd team, but lest you think that Moa somehow had an offseason and regressed...I think some of the other numbers would suggest otherwise.

By virtue of landing on the All-MWC 2nd team, the coaches obviously saw more to Moa’s game than what most fans did by examining the statlines only. Sure, Moa checked less boxes last season than he did as a soph, where he had not only 8.5 sacks, but also 4 passes defensed and a game-winning field goal block...but his mere presence on the Broncos interior D-line led to huge seasons from Curtis Weaver and Jabril Frazier (11 sacks and 6 sacks, respectively). The Broncos actually dropped slightly in the team rankings for sacks from 2016 to 2017 (30th to 35th), but they had one more team sack in 2017 (34 to 33). Scheme dictated a lot of who was getting the sacks last season (heck, Leighton Vander Esch had 4), but D-line depth (which was razor-thin in 2016) was so much better last season that Moa wasn’t asked to do EVERYTHING. I know that stats are shiny and nice to look at, but I think Moa would take team success and individual longevity over gaudy sack numbers any day.

That said, I think Moa’s defensive stats do trend upward in his final year with the Broncos and that may be through naught more than power of will. With nearly everyone back, the Bronco defense seems poised for a big year, and the senior leadership (Frazier, Horton, Miles, Moa) know how big of an opportunity Boise State has. We’re going to miss these guys in 2019.

He is...and check out this pic of baby Moa and baby Vander Esch.

Battling side by side since '14. Now Americans team needs you brother ! Blessed to have met a brother like you in my life @VanderEsch38 ! Enjoy your day big dog!!#YesHeWasOnceThisSmall pic.twitter.com/u5u2NbFYcv

David started a folk music quartet with a few fellow Broncos and their debut album is set to drop this fall. They are called Moa, Noa, Kekoa, and Pierce.