56 days are all that stand between Bronco Nation and the 2018 season. Seems doable. Today, we’ll take a look at #56 on the Boise State roster—Joseph Inda 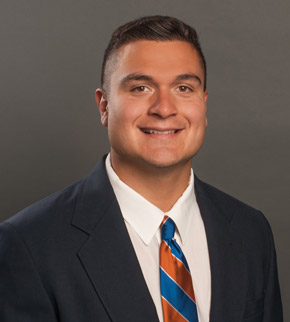 After stints at Fullerton and Golden West College, Inda jumped on a late offer from the Broncos after Joe Martarano decided to pursue a career in baseball after being drafted by the Cubs—of course, this is before we knew that Leighton Vander Esch was a first-rounder, but still...it’s comforting knowing the cupboard isn’t bare. As a sophomore at Golden West CC, Inda was named to the Southern California Football Association National Division (deep breath) All-Conference First Team after registering 48 tackles (11 for-loss), 2 sacks, a forced fumble, 6 PBUs, and an INT. Not bad.

This pun’s so lame it’s Inda-scribable! 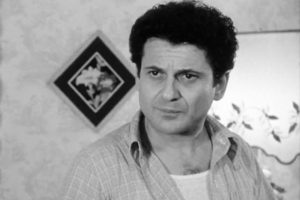 Saw action in 4 games for the Broncos in 2017. Named to the SoCal Football Association National Division All-Conference First Team and was a unanimous selection to the all-conference team in the Southern League. He had 48 tackles, 11 TFL and 2 sacks in his season with Golden West.

As a senior at Katella High School, he had 149 tackles, 6 INTs and 6 sacks. He was named Orange League Defensive POY, All-CIF Southern Section and second-team all-county.

It’s safe to say we all expected to see a lot more of Inda last season. I mean, it made a lot of sense...we graduated Lee, Vallejo, and Weaver and had Martarano peace out to become a full-fledged baseball player. Seemed like the time was right for a newbie to come in and make some noise. Well, turns out we were a little more set at the ‘backer position than we thought—Breydon Boyd (who’s since left) and Zeke Noa were able to redshirt, and Inda played a lot more sparingly than we imagined after the emergence of the uber-LB Leighton Vander Esch, and roleplayers like Riley Whimpey, Will Heffner, and Benton Wickersham.

Now, ALL those guys are back (except Boyd, obviously) and vying to fill the sizable shoes that LVE left behind. On top of that stack of LBs, we have since brought in true frosh Brandon Hawkins and DJ Schramm, as well as grad-transfer Tony Lashley (from Idaho of all places). We may not have another Leighton, but we’ve got more guys than we know what to do with. Luckily, Andy Avalos knows exactly what to do with these guys and I’m sure Inda is part of that plan in some way.

Having fresh legs on defense can really save the day and the Broncos are very deep this year on defense. I’m still struggling to name a two-deep here because the linebacker roles have been pretty fluid, but we’ll probably get a pretty large dose of Maeva, Wickersham, Williams, and Lashley and a good amount of Inda, Noa, Whitlock, and Heffner. WIth the redshirt rules having changed for 2018, it’s very possible that we could see 10 ‘backers hit the field at some point (not simultaneously), so memorize these numbers.

Don’t talk about it. Be about it.

Instead of watching game film, Inda watches footage of the Incredible Hulk so he can improve his smashing prowess.