Don’t ask me how we’re already two days into the 50s on this here crazy countdown...I just work here. Since there are just 58 days until the Broncos take the field (for real), today we’ll look at #58 on the Boise State roster—Tyson Maeva 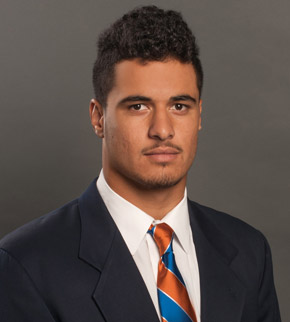 Maeva was one of three commits to verbal to Boise State on June 26th of 2015, joining DBs Reid Harrison-Ducros and Desmond Williams. Maeva was rated a 3-star by the every major recruiting service and Scout.com had him tabbed as the 9th best inside linebacker in the state of California (and 11th best in the west). As a two-way standout at linebacker and fullback, Maeva was named first-team All-San Diego Section on defense after his senior campaign. As a junior, Maeva put up 80 tackles, 2 INTs and a sack. Aside from his Bronco offer, the following scholarships were extended: Air Force, Army, Fresno State, Navy, Nevada, San Diego State, UC-Davis, and Wyoming. Those service academies really like the cut of his jib.

Folks call him the maverick. Well, they don’t...but you can imagine if they did, right? 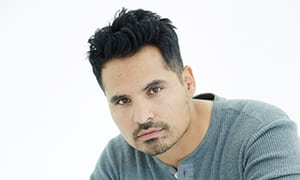 After playing in 26 games over the last two seasons, Maeva is officially a graybeard on the Boise State linebacking corps. Everyone knows by now that Leighton Vander Esch has gone from Boise State stardom to “the star”, and the Broncos will be looking for playmakers to help fill the void. Why not a guy that racked up 84 tackles a season ago and garnered honorable mention all-conference honors? Maeva may not have the kind of measurables that LVE had, but he’s been a very consistent force for Andy Avalos’s defense, and made the most of his first year of significant snaps just like Vander Esch.

Something that’s often harder to quantify is leadership skills, and that’s another thing that Mr. Maeva has in spades. His tackle numbers might creep up slightly from ‘17, but even if they don’t...if you start getting into the 80s in tackles, you’re pretty darn active over a 13 or 14 game season. One Maeva stat that I think could possibly double would be his tackles-for-loss numbers. He had 2.5 stops behind the LOS last season (up from 1.5 as a frosh), but I think he should have 4–6 of those bad boys in 2018 thanks to taking on a bit of Vander Esch’s schemes and the Broncos having such a deep, efficient defensive line. I’d be surprised if Maeva isn’t at least an honorable-mention player on the conference’s defensive roster as well. He’s not the flashiest guy, but he’s the consummate Bronco. One that gets the job done game in and game out.

Yep...and he feels the same feels we feel.

Gunna miss playin ball with these 2 guys. Good luck at the next level fellas! @VanderEsch38 https://t.co/83kJs5LvJt

That “M-A-E-V-A” sign you see in the header is on loan from Tyson himself. He used to put it on the roof before Christmas so Santa could see his house better.