We are now just under 60 days worth of profiles until kickoff. And it’s America’s birthday. So yay! Today’s profile is one of the doubled-up numbers, and there is no one currently with this number on the roster, so we are going to fill it in with someone who technically has a different number. With 59 days left until football begins for Boise State here is—Cody Shoemaker

Kind of bounced around a bit before hitting Boise State. He started his collegiate career at College of the Canyons. Moved to Glendale CC. Then came to Boise State and redshirted.

While his previous experience has been on the defensive side of the ball as a linebacker, he is listed on the Boise State roster as a tight end.

Keeping it short and simple on this one. Plus it’s been a while since we have had an iteration of “Shoe/Shou” as a tight end. 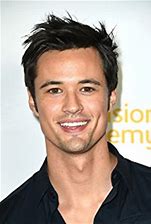 With no Boise State highlights to speak of (yet) all he has are his JUCO stats, that were all on the defensive side of the ball.

At College of the Canyons he appeared in eight games and had 13 tackles and an INT. As a sophomore in Glendale he had 37 tackles, two sacks, and had all-region/all-league honors.

There is a lot of unproven talent on the tight ends roster this go around. What with Jake Roh and Alec Dhaenens leaving, the production vacuum is quite gaping. There is a chance for current talents (Chase Blakley and John Bates jump to mind) that could have their chances. Blakley has had the injury bug affect him substantially his whole career. And John Bates has been the most productive of all that is returning (three catches, 34 yards).

There is some talent coming in that may surprise us. True Freshman Tyneil Hopper was a four-star TE coming to Boise State from Georgia had 22 catches as a senior for 350 yards and a TD. Cole Ramseyer wasn’t a slouch either with 43 receptions, 602 yards and five TDs.

Having said all that, Shoemaker may get some time in the rotation and used primarily in special teams. He had redshirted last year which may have been a planned thing to make sure to have his services coming up. With a name like ‘Shoemaker’ a Bronco fan just can’t help but be optimistic that we will hear his name a lot in the fall.

Don’t even need it, my deck is already indestructible #heartofthecards https://t.co/YUOpmWrBtA

Cody Shoemaker releases so much body heat he can toast his own bread.