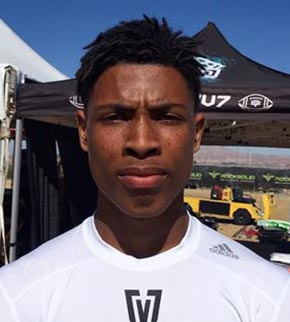 Bowens was part of the Broncos impressive 2018 wide receiver haul and committed don the blue and orange in November of last year. As a high school senior, Bowens hauled in 41 passes for 896 yards and 10 TDs and housed a kick return and punt return on special teams. Bowens’ junior year was even better, as he racked up 18 TDs and 1,123 receiving yards. The 3-star recruit drew offers from Boise State (obviously), BYU, Colorado State, Fresno State, Hawaii, Montana State, Nevada, New Mexico, San José State, and Utah State.

He doesn’t just beat DBs...he beats them. BTW, only a last-minute change of heart spared him from “Bronco Billy” 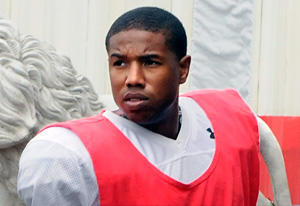 The Broncos lost their biggest playmaker on offense to graduation (and the draft), so naturally, they replaced him with FIVE different dudes. When they assemble to form Voltron, we may see the production of Cedrick Wilson replicated. But seriously...the Broncos got tonnage at the wideout position in the 2018 class, landing speed, versatility, AND size...so that will definitely bolster the somewhat inexperienced WR corps this season, but will help pad the numbers in 2019, when two more receivers depart this azure realm.

If you recall, the Broncos signed Khalil Shakir, Stefan Cobbs, John Hightower, Cam Thomas, and Mr. Bowens and we could see all of them this season. Thanks to the new looser redshirt rules, we probably will. The guys that give Rypien the best targets to work with will be the guys you see beyond the 4 game threshold and each brings a little something different to the table. One would think that Hightower is a lock to play significantly since he’s our only JuCo transfer, and based on hype alone, Shakir and Cobbs are the other frontrunners, but I wouldn’t sleep on Bowens or Thomas. Bowens was a track star at Redlands East and possesses game-breaking speed, so knowing Rypien’s propensity for the deep ball, you can never have too many speedsters lined out wide.

Thomas, like Hightower, has the size to be a problem, but of the signees—Bowens and Shakir seem (to me) to have the best straight line speed. As we know, speed alone doesn’t always equal an ability to get open, but let’s be honest...it doesn’t hurt. Expect to see Bowens make his appearances this year below the new 4 game redshirt threshold, and when fall camp opens next week, he’ll start making his case for more. With Octavius Evans expected to have a big year, and with AJ Richardson having proven himself...that leaves CT Thomas, Sean Modster, Akilian Butler, and our bevy of true frosh to make up the ground. Bowens has as good a chance as any and I think could develop into a Chaz Anderson type playmaker if all goes according to plan.

Billy already possesses great speed, but on rare occasions, his speed has another level.