Just 37 days until kickoff and a measly 9 days until fall camp opens. We got this! In honor of hitting day 37, let’s take a look at one of the newest Broncos—one currently sans number: Danny Smith 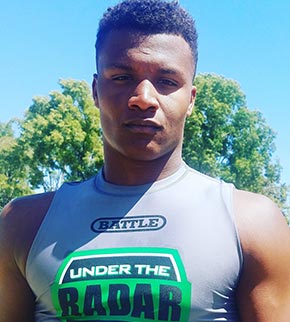 It was a very interesting recruiting cycle for the Broncos at the running back position. At one point, they had 3 top-tier backs committed (Kazmeir Allen, Zidane Thomas, and Andrew Van Buren). Allen was the first guy to fall off after he landed a UCLA offer, then Zidane didn’t seem to like having to share the limelight with 4-star commit Andrew Van Buren, so the Broncos were down to just one RB in the class (albeit a very good one). Still, it was clear the Broncos were after more than one ball-carrier and they scooped up powerful back Danny Smith in December. With the departure this spring of Drake Beasley, that ended up being a very good thing. Smith came up in SEC country, but transferred to Oxnard High from Morrilton High School in Arkansas. The efficient back had a very nice senior season for the Yellowjackets, and rushed for over 1,600 yards and 20 scores. He chose the Broncos over offers from Hawaii, New Mexico, New Mexico State, Idaho, Eastern Washington, San Diego State, and UC Davis.

When he gets a head of steam, he’s as tough to bring down as Cain Marko.

Looks a tad like Mr. Hook and Ladder, Jerard Rabb 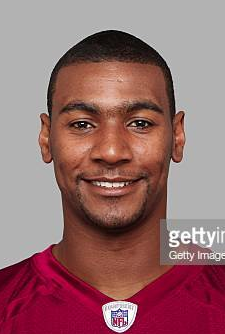 Alexander Mattison is going to be “the guy” this year, but it’s nice to know the Broncos have some talented young depth waiting in the wings in case his ankles don’t hold up. Boise State is down one running back from spring (Drake Beasley), so the youth movement will need to be ready to go from game one. Frankly, the Broncos gained AND lost some pretty amazing backs between 2017 and 2018, and that’s counting the guys that verballed but we couldn’t get to stick til December. Alas, there’s no use crying over spilled milk and the Bronco stable in 2018 isn’t going to be long on experience, but it will hold a lot of promise.

Smith and Van Buren are both big backs (especially for freshman) and should be able to pack on a few more pounds as well, meaning the Bronco backfield is going to be a bruising one regardless of who’s lining up. If the backs didn’t gain another pound heading into the season, the stable would average 210 lbs. a pop—that’s hefty. By virtue of Smith showing up early this summer, I think he’s put himself in a good position to play in 2018—and Coach Harsin has stated that both true frosh backs are likely to suit up this season, so the new redshirt rule will be interesting to watch...if any back plays in more than four games...that’s the guy. One would think with Mahone’s game experience, he’d be the strongest candidate for the #2 guy, but entering fall camp, all bets are off. Smith and Van Buren promise to be a dynamic 1-2 punch on The Blue...it’s just a matter of when.

Not a prolific Twitterer, but he’s out there.