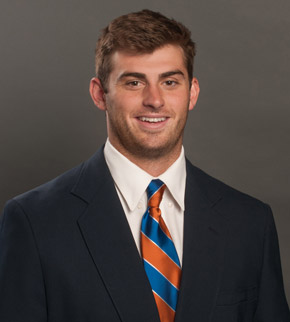 Well, he didn’t have to go far. Heffner was part of that Bishop Kelly class that recently won back to back state titles. In his junior year, he was only able to contribute in 4 games before BK’s version of the turf monster got him and he was out for the year. However, as a senior, Will had 41 receptions, for 745 yards, and a total of 895 all purpose yards. In addition to that, defensively, Heffner had 79 tackles, 3 picks, two TDs, and 4 (FOUR!) blocked kicks. Heffner is a Bronco legacy, with his father Terry playing for the Broncos in the 80s and his grandfather donning the blue and orange in the late 50s. Oh, and he is also the nephew of former BSU assistant and current Indianapolis Colts head coach, Chuck Pagano.

Why mess with a good thing? 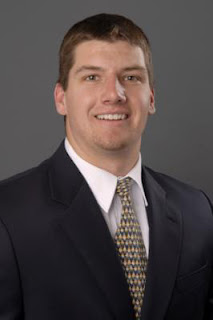 He looks a bit like former Bronco standout (and walk-on, to boot) Ryan Winterswyk

Fall camp is going to look a lot different for Heffner this year. For starters, he’s now on scholarship, so he’ll no longer have to show restraint at the protein station, and secondly he’s no longer a WILL linebacker (although his name will remain “Will”)—he’s been moved to the strong side (where I live 365 days a year). Technically, there isn’t a huge difference between lining up at SAM or WILL—both are “outside” linebackers and therefore, Heffner’s change is more in response to offensive alignments, HOWEVER, there is a big difference in personnel on the Bronco roster and just who Heffner will need to compete with for playing time.

At WILL, the Broncos basically will be looking at 4 guys, in my opinion: Blake Whitlock, Riley Whimpey, Ezekiel Noa, and grad-transfer Tony Lashley. At SAM, the Broncos will trot out Heffner, Desmond Williams, Roman Kafentzis, and true frosh Brandon Hawkins. The Broncos also have some other freshly-signed backers that could fit that role as well as some “roving” LBs like DJ Schramm or Phillip Mills (also true freshmen) who might help out. That’s a lot of guys to fill that role and a lot of competition to get into that “two-deep”. We’ll play more than two, obviously, but those top two guys will probably get 80% of the snaps. I think that Heffner and Williams make sense to own that “top two” tag, and I expect both of their numbers to shoot up. Williams is likely to get more of the snaps of these two, but Heffner should appear in all the games this season and prove the worth he showed when the staff placed him on scholarship.

Well, he WAS on twitter (@willheffner41) but that now appears DEFUNCT.

Will is as big a fan of anagrams as we are at OBNUG and for his senior prank, scrambled the words in “Bishop Kelly” to read “Belly Hop Ski” on the school’s read board. It took administrators a month and a half before they noticed.