We’re over the hump and hurtling toward the end of this blue and orange tunnel! With just 49 days left in our countdown, what say we highlight #49 on the Boise State roster? It’s Quinn Skillin! 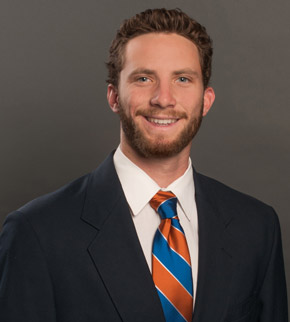 Skillin’s path to The Blue™ could be classified as “circuitous” as he landed in Boise in time for 2017 camp, but hadn’t played since his sophomore season at Wagner College (CA) in 2015. Skillin’s prep career was a good one as he was a two-time All-Central League punter at University City High. His senior year, he was named the Central League kIcker of the year after hitting 8 PATs and 3 field goals (a long of 47 yards). That same season, he punted for an average of 34.5 yards and put 62% of his kickoffs out of the endzone for touchbacks. Not just a kicker, Skillin also made quite an impact at linebacker and receiver and was all-league in baseball and All-CIF in track.

I almost went with “Skillz”, but then remembered my favorite G.I. Joe character of all time. 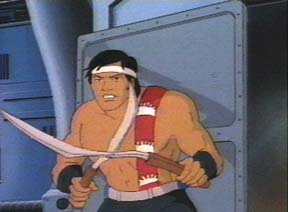 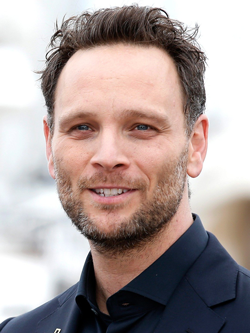 Academic All-Mountain West honors in 2017. Punted 41 times for the Broncos in 2017 with a long of 67 yards. 2014 NEC Fall All-Academic Honor Roll member. Central League kicker of the year as a high school senior. All-Central League first-team linebacker as a junior in high school. MVP in track and an All-CIF performer in the 300 hurdles. All-league performer in baseball as a prep.

It’s a two-man race at the punter position and I strongly doubt there will be a clear “winner”. Last season, Skillin shared the punting duties with Joel Velazquez and both excelled in their own right. In fact, the punting average between the two Broncos is less than 1 yard (Skilling averaged 40.4 yards/punt and Velazquez was at 40.6), although Skillin did get about twice as many punting opportunities as Velazquez, who also split time with Haden Hoggarth at place kicker. Hoggarth is the lone senior on the squad, and the only exclusively placekicking specialist, so Skillin and Velazquez may have another season of shared punting duties and then Mr. Velazquez may move more into that PAT and FG-kicking role next season and Skillin may just be the solo punter. Either way, the special teams game really improved last season on both sides of things and I’m glad to have the kind of experience and depth back there for another year. Look for Skillin to keep killin’ those punts inside the redzone.

I don’t think so, you’ll have to get your punt-centric tweets elsewhere.

If anyone ever asks you where Quinn is, try not to respond with “Quinn Skillin?” as it may get Quinn arrested.