We’re halfway through the 80’s and already on our fourth TE on the roster, #85 John Bates. 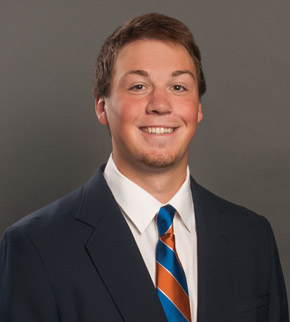 John passed on an offer from Oregon State, which was just a short drive away from John’s home town. In fact, he was a one-time OSU commit, but flipped 2 weeks before signing day. Smart choice, John. 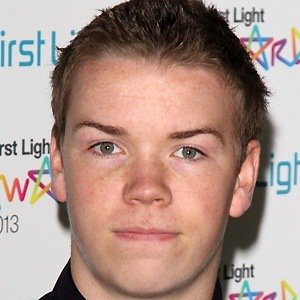 Last season, John hauled in 3 passes for 34 yards. Considering he was playing along with Jake Roh and Alec Dhaenens, that’s not too shabby for a red shirt freshman.

In high school, he was a 2-time 5A selection; first-team as a senior and second-team as a junior. He was also named to The Oregonian’s All-State second team as a senior. He was also a 3-time qualifier for the Oregon State Track Championships competing in 100m hurdles and javelin, earning 1st place in both in 2015. He also competed in the triple jump and long jump.

You could say he kind of did ALL OF THE THINGS in high school and was good at all of them.

John is in GREAT position this season. With the departure of Jake Roh and Alec Dhaenens, Bates is in prime position to be able to take a larger role for the Broncos at TE.

While his stats last season weren’t crazy, he showed plenty of potential. His size and athleticism will cause massive mismatches in the middle of the field this season. Pistone did get some praise in camp for playing a larger role in the passing game, but historically has played more of a blocking role at TE. Blakley will certainly be in the mix provided he stays healthy. New comers Tyneil Hopper and Cole Ramseyer will push for early playing time, with Hopper having the edge, in my opinion.

Bates has the experience and size to play a huge role this fall, but he will definitely have some competition.

Of course he his. He’s pretty straight forward as well.

When John got his driver’s license, it was quite an ordeal. Because he looked so young, the DMV employee was convinced he was two young boys in a costume with one standing on the others shoulders. It took 2 managerial escalations and a call to a state official to confirm he was not, in fact, two small children.