After 17 straight countdowns, we’re finally through the O-line. Today’s honoree doesn’t yet have a number, but I suppose he could have this one if fortune smiles upon us. Without further ado—our final O-lineman of the countdown—Garrett Curran. 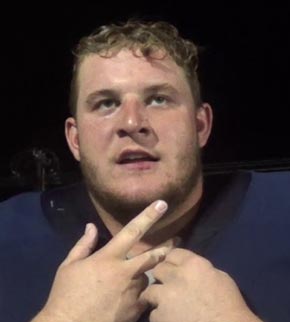 Curran should be arriving momentarily from the Golden State and the Broncos will be glad to get him in-house. Committing in November (just 3 days after his WSU official), Curran spurned a couple of Pac-12 offers to sign with Boise State. Rated a 3-star recruit by 247sports and ESPN, Curran was a first team All-San Diego Section honoree in 2017 and an All-CIF San Diego second-teamer as a junior. As a junior and senor, Curran helped lead his team to CIF San Diego Section playoff apparances. The well-rounded big man also excelled on the diamond and the mat. I’m not sure how the baseball skills will translate to the line, but I’m positive the wrestling background will help immensely. The big tackle chose the Broncos over offers from Washington State, Arizona, Fresno State, Nevada, Colorado State, Hawaii, UC Davis, and Utah State. 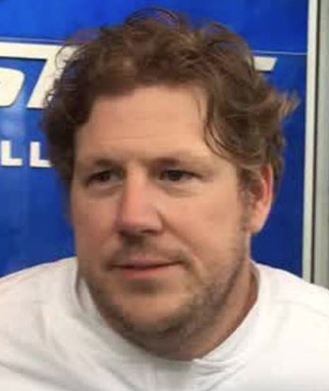 I think we’re going to be pretty set at tackle this season, so there’s really no reason to get crazy and start toying with the idea of playing a true frosh, but thanks to the new redshirt rules, at least we know we could (as long as it’s in four games or less). Some (me included) have posited that the new redshirt rules could actually lead us to seeing some true frosh in the mix on the O-line in 2018—something that’s about as rare as hen’s teeth ‘round these parts.

Curran has the size and athleticism to be a good one, but redshirting these guys is always for the best as they absorb some of the cerebral tenets of the college game. With the NCAA’s four game freebie, they might even get a little in-game experience without taking a torch to their red shirts, but even that seems like it may be a long shot. I guess we’ll find out in oh, 63 days or so how Harsin and company choose to deal with their new redshirt leeway, but I’m positive that Curran and his ‘18 O-line compatriot Dallas Holliday will be good to go in 2019 and beyond and look to be as good of recruits as we’ve had along the line in a while.

Curran’s bio states that his prep career also included wrestling and baseball, but the reality is he did the sports simultaneously. Choke slamming the catcher was his signature finishing move.