I realized this morning as I started writing my article that this will be my 5th O-lineman in a row. We seem to have a lot of offensive lineman. Coming in at #64 today is Ben Vering. 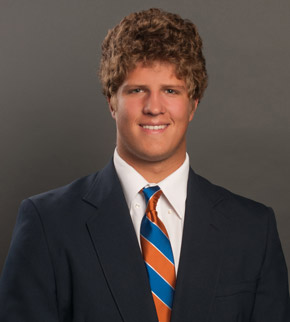 Ben is a walk-on from Capital High School here in Boise. The coaches have done a good job attracting local talent as walk-ons. There are only so many scholarships available! Below are Ben’s highlights from his junior season in high school where he garnered All-SIC honorable mention.

I started with combining his first and last name, making ‘Bering’, then thought about the Bering Straight, then went to fishing and landed on Commander. Deal with it.

He was a stand-out at Capital and was an All-SIC honorable mention as a junior in 2014.

Ben will have an uphill battle this year as there is plenty of talent on the O-line. As a walk-on, that will make the challenge tougher. At his size, I would say he would lean guard. He seems to have the frame to put on some more weight, so if he can do that, he will definitely improve his chances. As most of the 2-deep will be fairly established, it would seem to me that Ben would be vying for 3rd string rights.

As I have stated before and I will continue to say, I never write off a walk-on, especially at Boise State. There is a lot of opportunity here and the coaches will reward hard work and superior play. Ben has just as good of chance at playing as any other player, but he certainly has to earn it.

Yup! He’s looking forward to the upcoming holiday as well!

I have so self control when it comes to spending money on fireworks... ‍♀️

Speaking of Ben’s affinity for fireworks, many people believe the fireworks at Ann Morrison are city sponsored, but they are, in fact, Ben’s personal show each year. He will only buy out 3 stands this year instead of 4 in previous years.