It’s a palindrome day. And we are about one-third of the way through this whole thing. With just a measly 66 days left to go, it’s time for—Isiah Moore 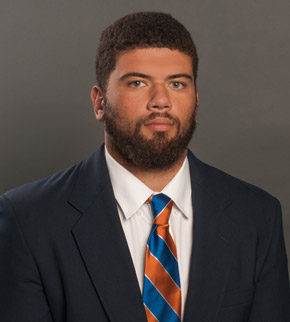 Mr. Moore’s recruiting was one I was sweating. Moore’s main Boise State recruiter at the time, Scott Huff, recalled a story about a visit to Moore that would always include OTHER coaches visiting Moore and putting on the full-court press. Which makes sense since he was the 21st rated JUCO transfer and had put together quite the sophomore campaign at Mesa. He was, what one in the recruiting biz, called a ‘good get’.

This is his (updated) Twitter name. Going by the KISS rule on this one. 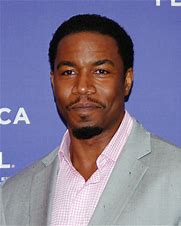 Moore didn’t play last year for the Broncos (well, at all really) but while at Mesa CC he started as a freshman and sophomore. While playing in those seasons he got all-league distinctions. Second-team as a freshman and first-team as a sophomore. He was also Mesa’s Offensive MVP. Which is pretty cool for an offensive lineman. I look forward to adding to this section next year.

The offensive line took some time to gel last year. Which can be frustrating at time, but growing pains are a constant. Surprisingly enough, Moore didn’t see the field last year which could mean many things. When a JUCO arrives you really expect them to have an immediate impact due to their maturity and experience (just look at Ced Wilson, Demarcus Lawrence, and Tyrone Crawford for recent examples). But, for obvious reasons, not everyone is the same so it could just genuinely be a case of growth for Moore. Nothing bad, nothing good, just a year to really get into the groove.

As for this upcoming year, I fully expect that Moore will not only see the field, but he will start at least three games. The Broncos are good at mixing up the rotation and getting the best combination for the o-line. So whether it be through competition, or injury (yuck), Moore will have an impact for the Broncos.

Yes. But he’s got his account on lockdown. You can request a follow, but it’s not guaranteed he’d ok it. @isiahlmoore.

The word “Pennsylvania” is misspelled on the Liberty Bell. Guess who found out the error? (Hint: It’s Isiah Moore.)