We’re out of the 70s but on day 11 of O-linemanfest, so let’s continue our road-grader preview with #69 on the Boise State roster—Austin Dixon 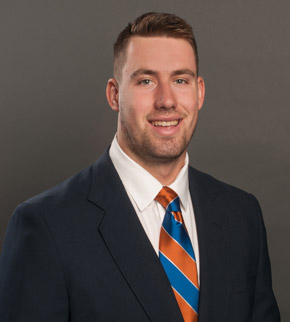 Dixon represents a growing Arizona pipeline for the Broncos—and it’s no surprise that former long-time assistant Scott Huff, an Arizona native himself, jumped on the fellow Grand Canyon State talent. Dixon hopped aboard the blue and orange wagon fairly close to signing day and held on for the final week or so until he could make it official. A 3-star offensive tackle at Corona del Sol, and the number one rated OT in the state, the big man was named All-Section and All-City first team as a senior, all while helping his squad to the Arizona state playoffs. Dixon also played volleyball for his high school, which leads me to believe we’ll see him spiking defensive ends in the near future. Aside from Dixon’s Bronco offer, he’d fielded offers from Hawaii, Nevada, New Mexico State, Purdue, Weber State, and Wyoming.

This one is still so dumb that it works.

Dixon is an interesting specimen of an O-lineman. He’s gained a full 30 lbs. since arriving on campus, but he still looks like he could be playing center on the Bronco basketball team and NOT draw any Nick Duncan comparisons. All this is to say...it doesn’t look like you could pinch an inch with the calipers on this kid. He and converted tight end Nick Crabtree both have this confusing football body type that makes it look like they could be spiking a volleyball rather than a football, but I’ll trust the scales.

Former standout Mario Yakoo raved about the Arizona native before he departed and coaches seem intrigued about what this somewhat raw prospect can achieve on the gridiron. Dixon has only been playing the position for 3 years now and indeed was a standout volleyball player at Corona del Sol, so the tutoring he’s received since arriving on campus has been designed to unlock all that potential that Scott Huff saw in him when he first rang him up. I think he’ll get his feet wet in 2018 after not hearing his number called in ‘17, but still think he’s at least a year from flirting with a starting spot. Looking through the Boise State archives, I think I’d sort of liken him to a Brenel Myers type and if given a chance, think he can really blossom at the position. That chance will probably happen in fits and starts in a few months.

Yes, and he’s about those FUNdamentals

I need the WNBA rn

At Dixon’s size, you’d probably think he isn’t scared of much but you’d be wrong. He’s terrified of ceiling fans.