72 freaking days until the Broncos conquer Troy, but wouldn’t you know it—that number is currently unassigned. Since we’re in O-lineman land, how about a new one to campus—Kekaniokoa Gonzalez 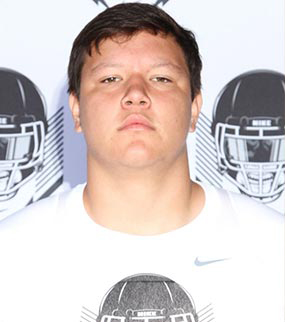 Gonzalez committed to the Broncos in September of 2017 after a long courtship with lots of hand-holding and walks on the beach. Gonzalez played for (national) powerhouse Mater Dei, and one would think if he was an inch or two taller he might have been more of a “national” recruit given the fact that so many recruiters go through the hallowed Mater Dei halls. Still, the stout center had a host of offers and spurned the advances of Air Force, Army, Delaware State, Hawaii, New Mexico, San José State, and UNLV to become a Bronco. Gonzalez was “just” a 2-star recruit, even though he was the 2nd-ranked center in all of California...so the Broncos might have benefitted from his slight under-recruitment. Gonzalez and his fellow Monarchs went undefeated in 2017 and won the CIF State title. Gonzalez did more than his fair share for the squad, as he was named All-Trinity League First Team Offense and was selected to the 2018 Polynesian Bowl.

I’m trimming syllables here for the sake of brevity. 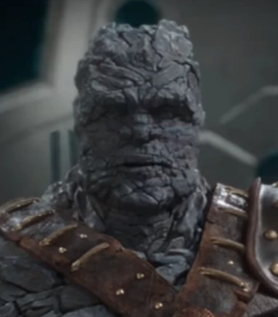 I’m not saying he’s a dead ringer for Korg, but he is harder to move than a rock. The revolution has begun!

Starting center for #1-ranked prep team in the country. Won a CIF State Title in 2017. Named All-Trinity League first-teamer as a senior. Selected to, and competed in 2018 Polynesian Bowl.

Writing prospecti for the true freshman just got a little more difficult (or a little more awesome) when the NCAA rolled out their new redshirt rules last week. If you missed the news, freshman can now play in up to 4 games and retain their redshirt...meaning the Broncos can play an interesting numbers game with some of their guys if injuries occur, or if they just want them to “get their feet wet”. Normally, you play one snap as a true frosh and that redshirt is gone baby gone, so this will make redshirt-watch a lot more difficult, but will also test the time-honored tradition of not playing true freshman O-lineman.

It’s a different era in college football and for the Broncos, and it’s not at all uncommon for true frosh to show up to campus already carrying the kind of size that Jeff Pitman wants them to—still, O-line is a cerebral position (especially center) and these big fellas almost always end up redshirting just the same so they can get up to speed on the ins and outs of the game. With the new redshirt rule...the Broncos could allow some of the newbies to experience some live snaps and hope it pays dividends for the future. If this happens, I certainly think that Gonzalez is a good candidate to get some of those snaps...we’ll have an inexperienced center either way and setting up the future of the position with experience and depth could be huge for the future. Just watch Gonzalez’s Polynesian Bowl tape and tell me he’s not game-ready (he’s competing against top national talent). If he gets his nose in the playbook, I’d say let him play in a few games (up to four, obvs) and see what the youngster could do. Can only create better competition down the road.

Yes...and it helps if you speak emoji

Gonzalez was very excited to be selected to the prestigious Polynesian Bowl, but was quickly disappointed when he found out it was just a regular bowl...filled with Corn Flakes.