Today, you might be shocked—SHOCKED, I tell you!—to learn that today’s jersey number belongs to...* drumroll *...another offensive lineman. But really though, this is no surprise. It’s the 70s. And the one thing we know about the 70s (and not the one that gave us Star Wars and disco) is that they’re almost always worn by an offensive lineman. The plot twist here, although admittedly not as mind-blowing as “I am your father!”, is that 74 doesn’t necessarily belong to this player...because no number does yet. So, he’s going to get Archie Lewis’s recently orphaned digits! At least for now... 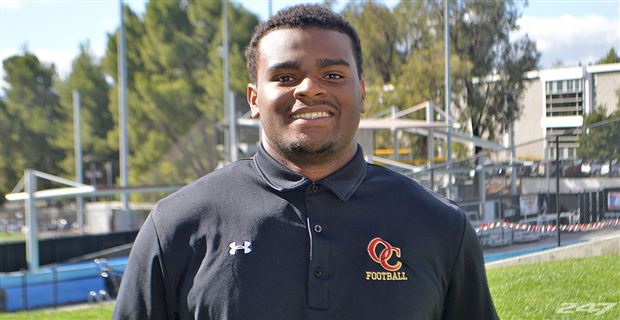 Because he’s a big people pusher that puts in work and never takes a holid...vacation.

As previously mentioned, Dallas had a number of on-field accolades of note in his high school career. That Co-Offensive Lineman of the Year award particularly looms large. In a good way.

With the present depth of an actually pretty stable offensive line—or at least more stable than last year—Dallas is primed to be able to sit and learn and add some strength in a college program before he gets a shot to throw his hat in the ring for a starting spot next year.

Not that I could find.

Dallas was named (a couple of years after he was born, to make my joke work) in commemoration of the Dallas Cowboys’ last Super Bowl Victory. He was meant to honor them, but instead has marked a 22 year ‘Holliday’ from their appearance in the big game.

So, basically, he’s my favorite person, since I’ve historically hated the Cowboys. But, with a defense that’s 27.2% BSU alums, I may finally be forced to rethink my animosity toward them. Also...Saint Kellen.