It’s Father’s Day, so I’d like to offer a hearty ‘Hail, fellow’ to all the fellow dads out there, and specifically to papa Cleveland, who sired today’s honoree—Ezra Cleveland 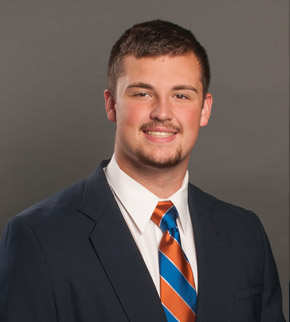 (Former) Coach Scott Huff was on Cleveland early and got him to commit in June of 2015...right as his recruitment was starting to take off. Cleveland had some schools take a late run at him, but thankfully for the Broncos, Huff had him riding lightning. Cleveland was a star at Bethel High on both sides of the line, and in fact was the #1 rated defensive tackle in the state of Washington as a senior after registering 41 tackles and 4 sacks from the defensive side in his final prep season. As a senior, was also named Bethel’s defensive player of the year and to the Washington all-state team. Furthermore, Cleveland was named lineman of the year in his conference, first-team all-area as a DT and first-team all-conference as an OT. Cleveland even managed to squeeze his large frame into a singlet and wrestled for Bethel as well as competing for their baseball team. The big man harnessed the following offers aside from his blue and orange ticket: Air Force, EWU, Hawaii, Montana, Montana State, Nevada, Oregon State, Portland State, Utah State, and WSU. Whew.

I mean, it sometimes works for the Cavs (sorry, Browns) 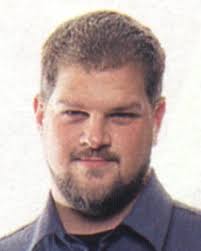 The Broncos have a rich recent history with offensive tackles and I truly believe that Cleveland could be the “next great”. Often freshman need a bit more time working their way into the firm OL lineup or rotation, but last season Cleveland started all 14 games for the Broncos on his way to Honorable Mention all-conference honors. That’s two straight seasons that the mammoth youngster has finished the season with some sort of honor—conference or otherwise. For the record, I think that is bound to continue as I think Cleveland could and should be movin’ on up the all-conference rolls and honestly, could probably be an All-American when all is said and done and join the Boise State left tackle brotherhood in the NFL.

Recently, HeroSports (yeah, I hadn’t heard of them either...but they’ve also never heard of me) called Mr. Cleveland the “best 76 in the country”—meaning that they consider him the best player in the NCAA to don that particular number. I haven’t done a number by number breakdown of every roster in division 1, but I think you’d be hard-pressed to find someone better than Ezra (that was a lot of set-up for a kinda lame 90’s rock music joke). I tend to agree that Cleveland is one of the better tackles in the conference at the very least and could be the best in short order. The fact that he’s responsible for protecting Brett Rypien’s blind side and is receiving all these accolades bodes very well for Ryp’s senior campaign...as he’ll get to spend less time worrying about getting crushed and more time tossing TD strikes to one of his billion wide receivers.

Cleveland will undoubtedly be the starter at left tackle and since we’re in the 70s, I don’t mind telling you what the full starting lineup will probably look like this year.

Now, this certainly can (and probably will) change frequently through the year, and I suspect that guys like Isiah Moore, Garrett Larson, and John Ojukwu won’t be going quietly into the night. Those guys will play (as will others), but my guess is the aforementioned lineup will be seen frequently...and of all the guys in that rotation—Cleveland is probably the least likely to move. You’re looking at a mainstay at LT for the next 3 seasons and like Martha Stewart used to say (and still might), “that’s a good thing”.

Technically, (@Ezra508) but one of his last retweets was LAST year’s countdown, so you might not be seeing a tweetstorm any time soon.