Today is the last day in the 80’s. And, wouldn’t you guess it, we are going to review another Boise State wide receiver. With just 80 days until the Broncos are back in action down in Alabama we review—Christian Blaser 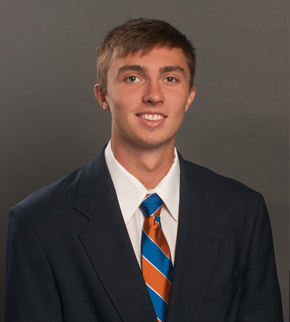 Get it? Because he’s hyper-focused and, probably, pretty bright. 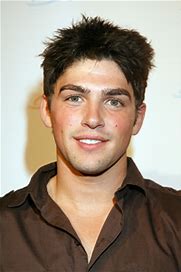 Mr. Blaser doesn’t have any Boise State highlights yet. Having sat out a year for a redshirt and then didn’t get a chance to record a stat last year. But we look forward to adding to this next year!

Mr. Blaser is going to have some challenges getting on the field outside of special teams, garbage time (but in a good way), or catastrophic injuries (please, no).

Not including heralded true freshmen Stefan Cobb and Khalil Shakir and JUCO transfer John Hightower (who should see some time), the top of the WR order is going to be hard to break through. The two RS Seniors on the roster, A.J. Richardson, and Sean Modster, a known names waiting for their shot. Modster really became a go-to for Brett Rypien in the latter half of last year. CT Thomas and Octavius Evans will both be expected to have breakout seasons. And Damon Cole, coming off his redshirt year, is no slouch.

So where does that leave Blaser? Well, as I said above, not a whole lot of room. While I root for every player to have an impact, there are only so many passes to dole out. Unfortunately, it doesn’t look too likely that Blaser will get a whole bunch of them as things currently stand. But he may have a lot of opportunities on special teams.