81 days out from the start of the season feels a whole lot more manageable that 100 days. And let’s not get it twisted; this countdown series is very much the grown man equivalent of a Christmas countdown chain. So, on that note, we are now 81 days away from the beginning of Chrismahannaquanzafootballkuh! 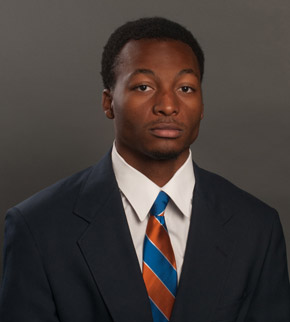 Mr. Butler came to Boise State by way of the West Mesquite pipeline that also brought in Kam Miles and Dylan Sumner-Gardner...but let’s not hold that against him. There have been no complaints against Mr. Butler since he came to Boise State as a 3-star recruit. In his senior year, he helped guide West Mesquite High to a 9-3 record and the second round of the Texas 5A Division I Playoffs with 48 catches that accounted for 686 yards and 12 touchdowns. For his efforts he was awarded his third, consecutive 10-4A All-District accolade.

Just because it’s awesome. And despite minimal statistical impact so far I still feel he has the potential to add lot of firepower to the receiving corp.

Doesn’t matter if you want to go with his iconic character from the Rocky movies or from the first Predator. Either way, you can’t go wrong with comparisons to Carl Weathers. 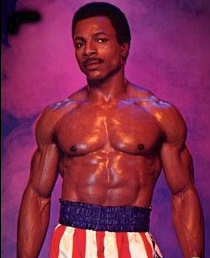 So far, AK-81 (I’M MAKING THIS HAPPEN) hasn’t accounted for a great deal of statistical impact, tallying six rushing attempts for a healthy 7.7 yards per carry and 46 yards, to go along with one score on the ground. Through the air, Akilian has collected 7 catches for 45 yards, but no scores...yet.

He has also handled a few punts in his career—17 to be exact—but hasn’t yet proven to be terribly effective there, tallying just a 1.6 yard career average on returns.

AK is on a depth chart that has some returning production in AJ Richardson and Sean Modster. Behind them, it’s expected that CT Thomas and Octavius Evans will be in line for some more targets, with Octavius really expected to break out after his spring game performance. That leaves Akilian as something of a wildcard—especially with last season ending for him week 2 in Pullman, due to a misbehaving ACL. He has the speed to be a factor, and he had talent sufficient to get him on the field as a true freshman. Now it just remains to be seen whether he can parlay that into a significant role for his (maybe) senior season. I say ‘maybe’, because his injury happened early enough in the season last year that he does have the option of a redshirt year.

Coming for everything they said i couldn’t have #ComebackSZN pic.twitter.com/RYHj6KF4Lv

Akilian left a promising career as a butler for the queen of England to pursue his fortunes as an American college football player. This career change was necessitated because all of Prince Harry’s romantic prospects were too distracted by Akilian’s presence and Apollo Creed-like good looks. It’s no coincidence that a few short years after his departure that Prince Harry was finally able to seal the deal with...some actress or something. I think she was in “Suits”?