It’s back. Your time tunnel to football season has arrived. Over the next 100 days, OBNUG will be back in the content business and ready to make the road to kickoff a little bit smoother. Seriously, just watch these numbers fly right by...it’s a crazy phenomenon that can’t be explained by science (just like the appeal of Neil Diamond).

We’ve got 100 days until kickoff, but our jersey numbers don’t go that high. Theoretically, if they did, our first honoree would be able to accommodate all 3 digits. It’s Scale Igiehon. 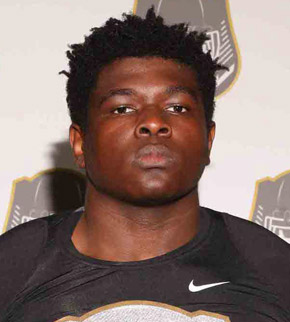 The mammoth-sized nose tackle was one of Steve Caldwell’s last gifts to us (the last was a signed photo of his glorious mustache) and he’s exactly the type of nose tackle that the Broncos have been coveting—the Mike “Canadian Bacon” Atkinson-sized ones. The 3-star recruit was a 4-year starter at Del Valle High School (it’s near Austin) and was rated the number 56 tackle in the COUNTRY by Rivals.com. Igiehon (pronounced “Ih-gae-hawn”) racked up first or second-team all-district honors 3 of his 4 years at DVHS and in the neighborhood of 175 total tackles. He chose the Broncos over offers from Abilene Christian, Arkansas State, Colorado State, Houston, New Mexico, Purdue, Rice, “Stone Cold” Stephen F. Austin, Texas Southorn, Texas State, Toledo, Tulsa, and UCF.

Well, Scale will be the heaviest dude on the roster—if that ain’t tippin’ the scales what is? 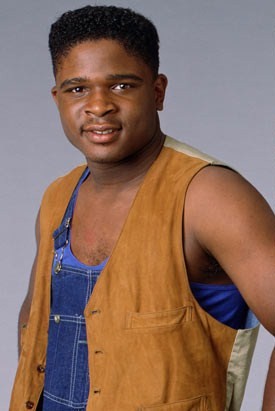 Unless Mr. Igiehon goes on the Curtis Weaver Keto diet, I see no reason why he shouldn’t be the biggest dude on the roster next season and that has to be mighty tempting for defensive coaches that have been turning ends into tackles on The Blue for the last few seasons. Alas, with Emmanuel Fesili and Sonatane Lui currently on the roster, the Broncos aren’t hurting as badly for a true nose tackle as they once were (David Moa played the position at one point, for God’s sake). This MIGHT give the Broncos the luxury of not having to play Scale as a true frosh, but if he’s good enough to—why wait?

For the record, I think both things are simultaneously true—Scale IS good enough and more than big enough to get his feet wet in 2018, but also might not be needed unless an injury dictates. Before Scale steps foot on campus—causing ripples to form in Solo cups full of water—the two heaviest men on the Bronco roster are both of our nose tackles, and they’re both also juniors, so staggering the NTs a bit year-wise might be a smart move considering our relative trouble recruiting these types. A big, athletic nose tackle is as valuable as gold (or possibly bitcoin) in this football economy and Igiehon possesses both qualities in spades. If he plays this season—we’ll definitely know why, but if he sits, I think 2019 could be a real doozy for our interior line. If you happen to see Steve Caldwell, thank him for me.

AUS✈️BOI need to be there ASAP!

He is, and eager to be in the City of Trees. All the way from Austria, even!

Scale has been one of the biggest kids in his grade for some time. In 3rd grade, he irreparably damaged the school gymnasium floor participating in Jump Rope for Heart.