It’s been 17 years since Boise State first dashed Fresno State’s “team of destiny” hopes and the series has been lopsided in the Broncos favor ever since, with a dash of Fresno State teams (2005, 2013, 2017) that were able to rise up and overcome the blue and orange hurdle. Last season’s team knocked off the Broncos in the regular season finale, but got their immediate comeuppance the following week when the title was on the line. With Bronco injuries having achieved critical mass and the 2018 Fresno State team taking no prisoners, is this finally the year for Fresno to not only beat the Broncos on The Blue (where they’ve never won) and possibly land in a NY6 Bowl? Could be...but the Broncos have played spoiler before and technically stranger things have happened.

Brett Rypien needs just 36 yards against Fresno State to become the Mountain West’s all-time passing leader. Fresno has one of the best defenses in the country, but unless he’s throwing into gale force winds or gets picked eleven times, I think he’s gonna get it.

Fresno State is in possession of the coveted chrome milk can by virtue of winning last season’s regular season matchup, but I’m certain the Broncos were happy to trade it for some heavier hardware. If Fresno State wins on Friday, it will be the first time since the milk can’s inception that Fresno has possessed it for more than a single year. Now I really want it back. 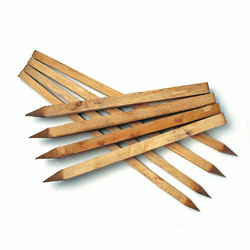 We’ve all been waiting for the triumphant return of junior LB Messiah Tyler.

Freshman O-lineman Dontae Bull is like the Clark Kent of giant dudes.

McMaryion was just another face in the crowd on an average Oregon State squad, but he’s been key to the Fresno State turnaround since he arrived. It’s easy to forget that the Bulldogs were 1-11 the year before he arrived (and Jeff Tedford, which also helped) and the dual-threat signal caller was able to lead them to an MWC title appearance in his first season. He’s been having another stellar year in the Valley—completing over 70% of his passes and owning a 20/3 TD/INT ratio. Think of that...he’s thrown just 3 INTs since the infamous one he threw to Leighton Vander Esch to ice the 2017 MWC championship. Seems like years ago.

No relation as far as I know. The senior wideout is going to test our DBs mettle all night as the 6’2” playmaker is easily the Bulldogs biggest weapon who doesn’t have a superfluous “y” in his last name. With 858 yards and 6 TDs to his name, Johnson definitely will need some attention—perhaps even double attention.

Allison was my second favorite linebacker in the Mountain West last season (two guesses who the first was). Last year as a sophomore, the stout Floridian had 126 tackles en route to first-team All-MWC honors. This year, he was named to the Bednarik and Butkus Award watch lists and was a preseason all-conference honoree. This season, he already has 83 stops (aided by a 17(!) tackle game against Nevada) and 2 INTs and he didn’t even play last week. Is it too much to hope he doesn’t play this week? Probably. Season-ending injuries to top-tacklers is only a Boise State thing.

Johnson is easily McMaryion’s favorite target, with at least double the yards and catches of every receiver on the roster except this guy...who isn’t really a wide receiver anyway. The 6’5” junior is second on the team in catches (38) and yards (477). For reference, John Hightower has 30 grabs on the year for 496 yards. They like this dude and we don’t have many DBs that are really in his weight class.

Hughes was an All-MWC honorable mention last season after he made 71 stops (7 of them for loss). This season, he’s got 43 tackles and 2 INTs coming into this week’s game and is just one of several DBs that can make Rypien pay if his accuracy is off. Only throw to OUR guys, alright?

While Boise State’s injuries have been non-discriminatory (although they’ve favored the defense of late), Fresno State’s are primarily on the O-line...with Logan Hughes, Syrus Tuitele, and Netane Muti all out or likely out on Friday night.

After years of Bulldog ownage, this sorta feels like it might finally be Fresno State’s time in the sun. This would’ve been a helluva game at full strength, but the Broncos are walking wounded (and in some cases, not walking at all), so I’m going head/heart on this one.