1. What have you done with Rocky Long?

Rocky “no mystique” Long has been an endless fount of quasi bulletin board material since Boise State joined the league, but his tone has changed this year. Is it because he’s 0-2 against Harsin or has he been body-snatched? This kinder, gentler Rocky Long is tripping me out.

What are you playing at, Long?

San Diego State has become known for two things in the Rocky Long era—defense and a power run game. This season is no different with the Aztecs fielding another strong runner (we won’t see RB1 though, more on that in a minute) and a rushing defense that currently sits at number 2 in the country. However, as good as the Aztecs are against the run, they have been susceptible to the pass...109th in the country susceptible, to be exact. Boise State ranks 4th in the FBS in passing offense...so I think a plan is starting to emerge.

Remember that funky 3-3-5 defensive look that Oklahoma State hit us with? You know...the one we looked completely unprepared for that resulted in a staggering 7 sacks? Yeah, Rocky Long practically invented the damn thing. San Diego State might not have the overall speed and athleticism that Oklahoma State has but they’ve got enough to give us fits if we don’t know what we’re doing. At OSU, it really looked like we didn’t know what we were doing. Rypien will need to be dialed in and our O-line has to give him some time. If they do...well, you just saw what kind of passing defense the Aztecs have... 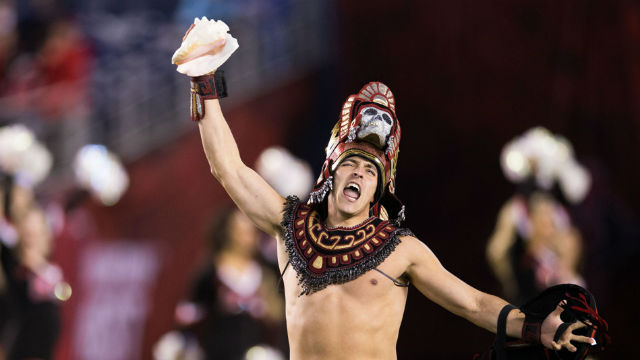 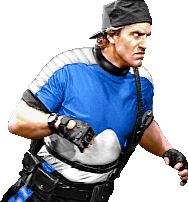 Jasmin is NOT RB1 for the Aztecs, but he will be for the forseeable future as Juwan Washington tries to mend a broken collarbone. This isn’t necessarily good news for the Broncos as the Aztecs have been about as close to “plug and play” at the running back position as you can get the last few years. Even when Washington was at full health, Jasmin got plenty of touches and currently is averaging 5.4 yards per carry. Hopefully we won’t be “chasing” him too terribly much (that was a pun, his name is “Chase”).

Another backup at another integral position, Agnew was thrust into the starting role after senior start Christian Chapman went down in game 2. The junior has 3 TD passes and 3 INTs on the year and is completing only 55% of his passes, BUT the Aztecs are a run first, run second team...stopping Jasmin will be the game plan so Agnew is forced into 3rd and long situations. I sincerely hope our run defense looks better than it has the last two weeks.

The junior linebacker had a great finish to his 2017 campaign and has picked up where he left off this year. Through 4 games, Tezino has 32 tackles (3.5 for loss) and 2 sacks. A linebacker with two sacks in 4 games tells you all you need to know about the SDSU defense. They’re blitzy.

The sophomore safety was a freshman All-American last season and voted 2nd team All-Mountain West after a stellar (true) freshman campaign that saw him register 63 tackles and 5 interceptions. No interceptions thus far for Thompson, so he’s itching. Don’t test him too much (unless John Hightower wants to get several yards open).

The Aztecs are fortunate to have Mr. Hall back this weekend after being sidelined the last two games with an injury—the Broncos may be less fortunate, as Hall is arguably SDSU’s best defensive lineman. His sack and TFL numbers are predictably down, since he’s lost some time...but I’m sure he’s eager to make up for it. Block this man!

The senior LB is one of the leaders on the Aztec D, and was a second-team All-MWC performer a season ago after making 82 tackles and logging 3 sacks. This season, Lakalaka has 17 tackles and a pass break-up on his resumé and I’m sure he’s itching to pad those stats against the Broncos.

Starting running back Juwan Washington, as you heard is out...as is normal starting QB Christian Chapman. O-lineman Zach Thomas and fullback Isaac Lessard will also be unavailable. Aztecs are also without first-rounder Rashaad Penny for reasons that should be clear. Could they not have had a few DEFENSIVE players out?!