That escalated quickly. The Rams won the toss and deferred till after halftime, leaving the Broncos to start on offense. Bad idea. BSU needed just 2 minutes and 21 seconds to get on the board after Rypien found AJ Richardson in the endzone from 13 yards out. After a promising start to the ensuing drive for the Rams, they were stopped and had to punt to the Broncos. Again, not a great decision...although the alternative might’ve been worse. The Broncos were a tad more methodical on this drive—taking a whole 5 and a half minutes, but it ended in similar fashion: with a TD pass to AJ Richardson, this one from 35 yards out.

The Broncos would not relent on D and forced another punt—this one was fielded by Avery Williams and he picked up a hard-fought 10 yards before fumbling the ball. Luckily, Kekaula Kaniho was there and did what he’s trained to do—scoop and score. 21-0 Broncos after a 74-yard punt return TD from Kaniho (and no flags!). Finally, the Broncos scored from 3 out with an Alexander Mattison TD rumble—set up by a 29-yard reverse by CT Thomas. The Broncos probably couldn’t have asked for a better start to the game. Rypien was 16-19 for 215 yards and 3 scores (two to Richardson...who had 112 yards in the first stanza), the Broncos converted five of six 3rd down attempts...picked off 2 passes and generally just handed it to the Rams—who scored with 2 seconds remaining in the half through sheer luck, apparently. It was a LOT more fun than the SDSU game, you guys. What would the 2nd half hold?

Two punts to open the half (one for each team) and then the Rams went a long way in a hurry to narrow the score to 35-14, but Bobo gambled with an onside kick on their ensuing kickoff and that was a mistake—it failed (obviously) and the Broncos started their drive on their own 48. It didn’t take them long to get that 28-yard padding back with a nifty Garrett Collingham rushing score from 4 yards out. Avery Williams forced a fumble on the Rams next drive (one that was going pretty well until then) and Nawahine recovered...guess what? The Broncos scored again, this time a 26-yarder from Rypien to Modster. 49-14 Broncos and Carta-Samuels’ night was over. Fortunately for the Rams, his replacement Colin Hill was ready to go—he entered the game in the 4th quarter and was 7 of 7 with a TD on his first drive. 49-21 Broncos and DO YOU LIKE OFFENSE?! How about special teams?! Avery Williams fielded the Rams onside kick and raced in for a score because why not? 56-21 Broncos.

But the Rams refused to just die. Another 4 minutes of game time equalled another Rams score. 56-28 Broncos and ARE YOU KIDDING ME? Jaylon Henderson would finish out the game for the Broncos but not a bad night for Brett Rypien (22-26, 308 yards and 4 TDs).

Oh, and the announcers got so bored with the boat race they started to talk about the Bronco tee dog’s breeding availability.

This stat alone still has me geeking out—the Rams outgained the Broncos by 17 yards & had one more first down than their hosts...and still lost by 28 points. The Broncos forced 3 turnovers, scored twice on special teams and overcame some rather poor tackling to still win comfortably. Go figure. Rypien was fantastic, the pass protection looked better with Donte Harrington and John Ojukwu getting their first starts and Alexander Mattison was still skunked out of a 100-yard game, but seemed to run better between the tackles. 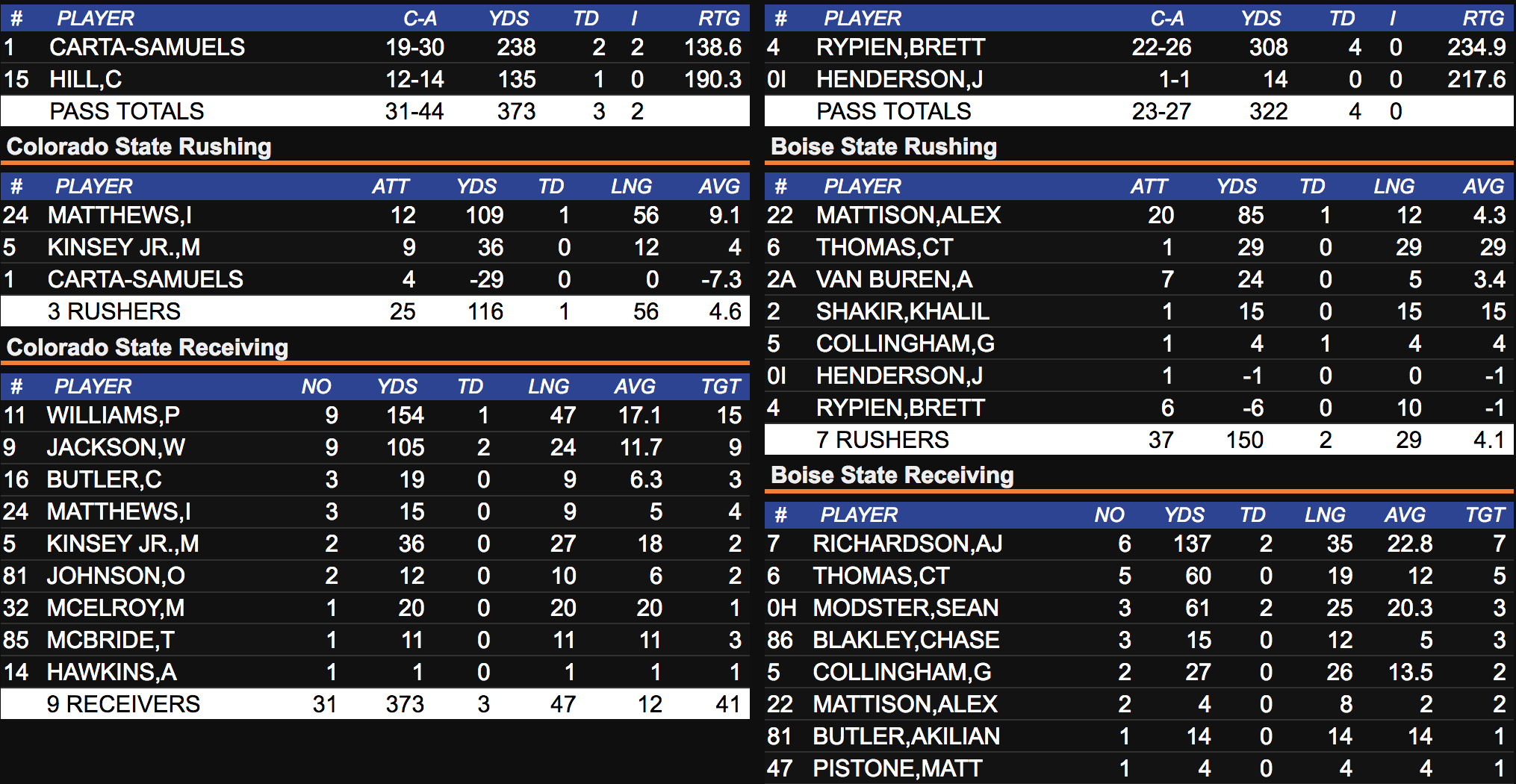 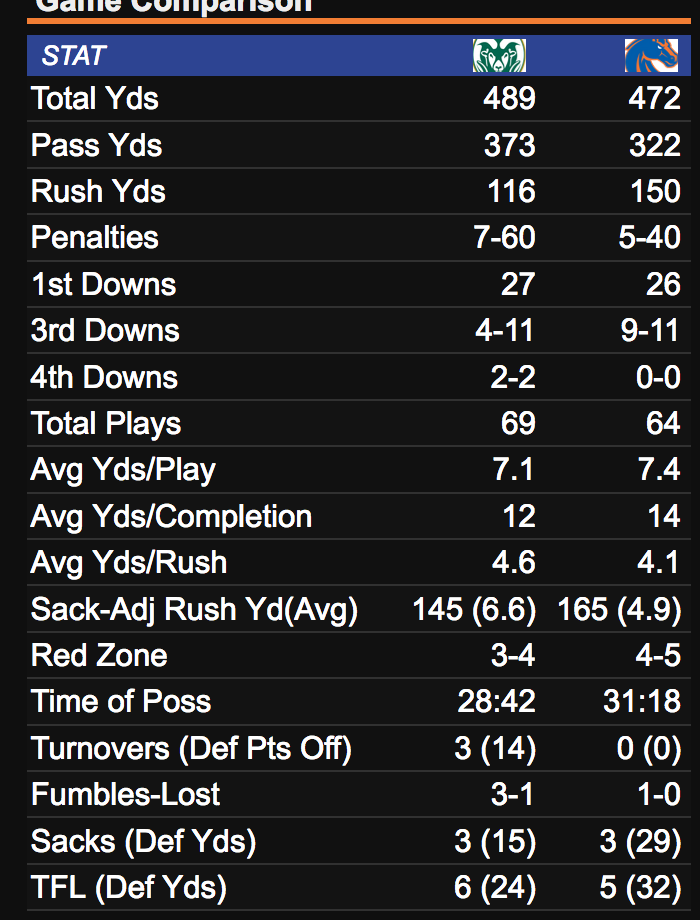