Well, we made it through another summer of countdowns and again unlocked the 100% complete achievement. Huge thanks to Damien, Casey, and Michael for grabbing days each week and being willing to fill in when someone was unable to get to theirs. Of course, the countdown is fun and all...but it’s the season you were really pining for, and it’s here! Let’s celebrate the last day of the countdown by highlighting one of the Broncos’ biggest weapons—Cedrick Wilson!

After high school, Mr. Wilson went the junior college route where he had quite the successful career at Coffeyville (more on that later). He then was pursued by mostly southern schools: Arkansas State, Middle Tennessee State, Southern Mississippi, and—of course—Virginia Tech. But sometimes the bigger schools jump in too little, too late, and are not able to make the flip. Boise State was able to hold on to Mr. Wilson and he signed in December as a mid-year transfer. He joined the Broncos in January of ‘16 for spring ball.

The Back to the Future fan in me really wanted to offer “Goldy” as a suggestion, but let’s not overthink this one...it’s our last countdown. 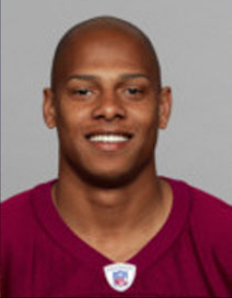 If he fills out a bit he’ll be the spitting image of his pop (ex-Vol and NFL star Cedrick Wilson Sr.)

All-Mountain West Honorable Mention in 2016 (lol). Appeared in all 13 games for Boise State in 2016, finishing with 1,129 yards and 11 TDs. Academic All-Mountain West in 2016. Named to Paul Hornung Award and Biletnikoff Award watch lists before 2017 season. Named team captain before 2017 season. Mr. Wilson came out of high school playing the quarterback position. In his senior year, he helped lead the Spartans to the 6A State Semifinals. He was also added to the Tennessee Sports Writers Association 6A All-State Team and 16-AAA All-District Second Team. During his junior college years, he was named all-conference his freshman year and a NJCAA All-American. How did he get to the NJCAA All-American Status? By nabbing 66 passes and 1,045 receiving yards, not to mention 17 touchdowns. The kid really came into his own!

The evidence is anecdotal, but many Broncos that arrive in Boise with a truckload of hype attached find it hard to live up to their billing. Wilson is not one of those players. The praise that Wilson garnered since arriving on campus last spring has been nothing short of effusive and in his very first game in blue and orange (well, white anyway) he hauled in seven of Brett Rypien's passes for 113 yards and a score. He'd hit the century mark for receiving yards 4 more times on the season, including a 193-yard performance against Air Force. All told, Wilson managed to rack up over 1,100 yards of offense for the Broncos and scored 11 times (a team-high). Of course, he did this damage even with Thomas Sperbeck lined up opposite him, which is no small feat. This year, he’ll no longer have the luxury or perhaps hindrance of having Sperbeck on the field, which could mean he’s in for a ton of targets in 2017.

Count me in the camp that thinks Rypien fails to distribute the ball evenly among his receiving core. Last season, if your name wasn't Cedrick, Thomas, or Chaz...chances were you weren't getting any balls thrown your way. This season, with both Chaz and Thomas graduated, Wilson finds himself as the focal point of the Bronco passing attack, which on one hand is great (he's an awesome receiver), but teams are going to sell out to shut him down and that's when some of the younger guys are going to have to step up. Right now, it looks like AJ Richardson and Sean Modster are the heirs apparent, but some hard-charging true frosh (CT Thomas and Octavius Evans) could definitely make a dent. If teams double Wilson, someone is going to be open...and if they can be as sure-handed and endzone-bound as Wilson was a year ago, the Broncos are going to score. Then again, some teams will gamble with leaving Wilson in single-coverage and that's when he's going to win some battles. It sort of depends on Ryp, but I think Wilson could easily surpass the 1,000-yard mark again in 2017 and should lead this offensive attack back to fearsome status.

He is, and understands economics better than most.

Cedrick usually likes to relax on Sunday afternoons and read the paper or work in his garden, but his pesky little neighbor kid, Dennis, is always interrupting his plans with inane questions and slingshot hijinks.