There are more than a few #27 jerseys floating around Bronco Nation, and if today’s player has anything to say about it they might even be wearing it with him in mind in the near future. Today’s honoree Reid Harrison-Ducros

Harrison-Ducros was a consensus 3-star recruit at Colleyville Heritage High when he captured the attention of the Boise State staff. Furthermore, the 2nd team Texas all-state selection was one of two current Broncos to be selected by, and play for, the U19 national team (the other was DeAndre Pierce). As a senior, Reid was named first team all-district after recording 68 tackles, 2 forced fumbles, and an INT. An all-star in the classroom as well, Harrison-Ducros was named 2nd team academic all-state as a senior and was a member of the National Honor Society. Aside from our Broncos, Reid held offers from a host of schools—including Army, Colgate, Cornell, Hawaii, Louisiana-Monroe, UNT, Texas State, Utah State, and Yale. Toldja he was smart.

There may come a day when Reid lands a new nickname...but for now, we’re going for the syllable-saver. 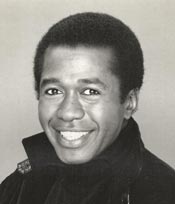 Toughie. Maybe a tiny bit like a young Ben Vereen.

Played in 10 games for the Broncos in 2016, where he made 9 tackles and broke up a pass. Rated #66 national prospect as his position by ESPN.com. Member of USA Football U19 squad that defeated Canada 33-0 in International Bowl in January of 2016. 2nd team all-state selection as a senior. First team academic all-state as a senior at Colleyville Heritage. Three year prep letter-winner and member of National Honor Society.

I correctly predicted that RHD would play as a true frosh in last year’s countdown and if my correct streak holds, I think RHD fans will be pleased because this season I think you’ll see much more of the sophomore CB. Harrison-Ducros was always one of our more fundamentally-sound CB recruits and I’m sure that factored heavily into his game appearances a season ago, but Reid still had a lot to learn at the collegiate level before the game slowed down for him and with his hard work in the offseason and study of the game, he looks like a guy that could start some games in 2017.

The early preseason depth chart had RHD backing up Tyler Horton at the field corner position, but I wouldn’t be entirely shocked if Reid played some boundary corner to get on the field. Michael Young looked good there at the spring game, and Jalen Walker is making an impression on coaches this fall...but each player has their strengths and I could see different guys hit the field in different scenarios and it’s also good to have fresh legs on the field whenever possible. Reid is going to play...it’s just a question of how much—and so far in fall camp, he appears to be ball-hawking enough to move up the ranks.

Yes, and I think we just learned his weight gain secret.