29 is the atomic weight of copper. Now that you’ve learned that little tidbit, how about we look at #29 on the Boise State roster? Yeah? Okay...it’s Drake Beasley 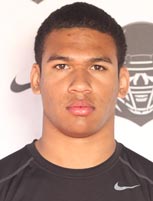 Like Alexander Mattison, Drake Beasley was a highly-touted back that sorta fell into the Broncos lap close to signing day. Beasley was a national recruit as a junior, but after transferring to La Canada from Loyola before his senior season, the CIF summarily stripped him of the chance to play his senior season citing the “undue influence” rule. The ruling was wrong, as they often are, and Beasley’s senior season was stolen from him. Luckily, Lee Marks and the Broncos stayed on Beasley even though many schools backed off due to wanting some senior tape that never materialized and he pledged his services to the school that stuck with him. Beasley was at one point a 4-star recruit, but after the unpleasantness, the recruiting services dropped him to a 3-star, but his offer list definitely screams “4-star” and he held offers from UCLA, Purdue, Pitt, Idaho, Fresno Sate, Colorado State, Colorado, Cal, ASU, and Arizona alongside his Bronco scholly. As a junior, Beasley ran for 1,647 yards and 17 TDs. 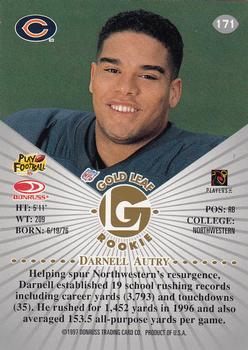 Rated the #5 running back in California before senior season and the #8 running back in the west by Scout.com. First team All-State performer his junior year. Rushed for 17 TDs and nearly 1,700 yards as a junior at Loyola.

Seems crazy to say (or type, anyway) with Jeremy McNichols having departed before his senior season...but the Broncos will enter the 2017 season with a wealth of talent in the running back stable. Keep in mind, last fall camp the Broncos had 3 backs that are currently not with the team (J-Mac, Devan Demas, and Cory Young), but that shouldn’t cause many sleepless nights in the Treasure Valley as Alexander Mattison—the heir-apparent in the Bronco backfield, looks more than ready to shoulder the load and guys like senior Ryan Wolpin, RS freshman Robert Mahone, and true frosh Drake Beasley all look like guys that could start in a pinch (or a pinched nerve).

Safe to say that Mattison will be the focus of the Bronco running game this year but I think the Broncos have the guys to go back to the RBBC (running back by committee) if only Harsin can be convinced of its effectiveness. Beasley is every bit as good of a prospect as any back we’ve signed in recent memory, but whether we see him on The Blue in 2017 probably depends on the overall health of the unit and how much of an impression he can make in camp. As it stands, he probably is starting at the end of the RB line since he’s a newcomer, but when the vets and the newbies are merged, he can make some noise, and despite the fact that he saw no game-action in 2016, he practiced with his La Cañada squad all last season, so he’s unlikely to be terribly rusty.

As an 8 year-old, Beasley’s speed and agility led him to a #1 ranking in California in the venerated sport of musical chairs.