Two stinking days! That’s it! Football is so close that I could smell it, if I wasn’t so stuffed up from all this smoke. With 2 days left, seems like a good time to look at #2 on the Bronco roster—Julian Carter

Carter was a 3-star rated recruit and the #9 rated player in the state of Arizona before he helped his Saguaro squad to a Division III state championship, and he capped off his senior campaign with an all-section selection after 626 receiving yards and 7 TDs. As a junior, Carter played for Phoenix Horizon High School, but still put up very similar numbers: 701 receiving yards and 7 TDs, and his first all-section selection. Even though Carter's recruitment didn't really take off until he transferred to powerhouse Saguaro, he still managed to haul in scholarship offers from a host of schools—aside from the Broncos—among them: Colorado State, Hawaii, Idaho, Nevada, UNM, New Mexico State, South Dakota State, and UC-Davis. 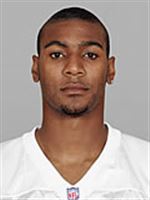 Back-to-back all-section selections in 2014 and 2015. Member of school honor roll.

Last season the big question was whether true frosh Carter or true frosh Bubba Ogbebor would play first. The answer to that question was “Bubba Ogbebor”, who parlayed his early playing time into zero catches in 2016 and then promptly transferred in the spring. To Carter’s credit...burning his redshirt for zero catches woulda been kind of a waste, and anyway, he suffered a shoulder injury that would’ve precluded him from having much of an impact anyway. Now he’s been sutured up, has his redshirt season behind him and is looking to contribute in 2017.

Carter hasn’t been the recipient of a ton of buzz during fall camp, but he looks big and strong and like he could definitely pose some matchup problems for diminutive defensive backs. In fact, at one of the open practices I was able to attend I had to check my roster when I saw #2 run by. He's bigger than you'd expect and I think could complement any of the starting wideouts in the Bronco arsenal. With a new year comes new buzz about true freshman and Cartrell "CT" Thomas and Octavius Evans have received plenty this fall, but experience goes a long way and Carter now has enough to make an impact if he's healthy. From everything we’ve seen—he is.

Coming from Arizona, Carter was not ready for the colder Idaho temperatures and has been wearing a hoodie under his uniform throughout fall camp to deal with the frigid 95° temperatures.