30 days. I do believe that’s under a month (depending on the month...get lost, February). Today let’s look at #30 on the Bronco roster—Robert Lewis

The three-star recruit was rated the #19 cornerback in the great state of California after back-to-back all-league selections in his junior and senior years in which he combined for 81 tackles, 6 sacks, and 3 picks. As a senior, Lewis was named to the all-city team as well as his aforementioned accolade. Lewis was not highly recruited, garnering offers from Boise State, UTEP, Azusa Pacific, and Dixie State...but he did jump on the Boise State offer relatively early, and held fast to his commitment despite the sacking of his chief recruiter—Julius Brown. 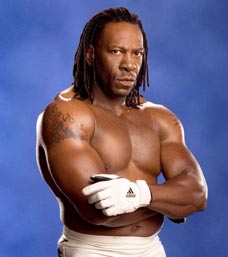 Three-star recruit per 247Sports and Scout.com. Named the #19 cornerback in the state of California by Scout.com. Two-time all-league selection (2014 and 2015) and named all-city after senior year. Lettered in track and field three times and football twice. Member of Augustus Hawkins Honor Roll.

With the graduation of stalwart corner Jonathan Moxey, 2017’s defensive secondary will have a decidedly fresh look. I’d say Tyler Horton has cemented himself into the field corner position and he’ll likely be backed up by true soph Reid Harrison-Ducros. Across from them at the boundary, it looks like Mike Young and Jalen Walker are slightly ahead of the curve heading into camp, but the ascension of Avery Williams, the versatility of Deandre Pierce, and the desire of Lewis could make things very interesting.

We’re certain to have no lack of playmakers or fresh legs on either side of the field, and I think some real stars are going to emerge early on, while the others will hold down the special teams fort and carve out their own niches in dime or nickel looks. One thing is certain...if this group coalesces early (and I’ll include newcomer Jermani Brown in the mix), you’ll be seeing the future. Only Young and Horton have completed their sophomore years and the talented youngsters the Broncos banked the last few offseasons are soon to pay big dividends. Lewis is right in the thick of things and you’ll be seeing him soon.

You can say that again, kid

With so many famous Lewises to choose from, it surprises many that Robert claims a relation to 80s rocker Huey Lewis...but hey, that’s the power of love.