At last. The first Monday of a game week. And we here at OBNUG are going to be full-steam ahead in our content. It is good to be back and it is good to be in this situation again. Now, on to the next part of our countdown. Technically today’s submission is another duplicate. His actual jersey is no. 4. But, because the sharing, we are just going to profile him today. With 5 DAYS left to go, we have—Deandre Pierce

By being good at what he does. Mr. Pierce was a three-star recruit from ESPN, Rivals, and Scout. While he was (mostly) recruited by Mountain West schools, he had some interest from the academies: Army, and Navy. The other MWC schools were: Colorado State, San Jose State, and Nevada. The Broncos were very fortunate to have enlisted his services. 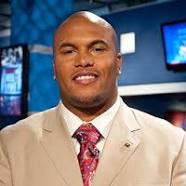 Went with the super-low hanging fruit on this one.

I would add some other stuff here, but I would be breaking the OBNUG family-friendly rules.

Anyway, Mr. Pierce appeared in 12 games last season as a true freshman. Broke up two passes, 19 total tackles (14 solo), and one tackle-for-loss. I assume there will be more added here for next year.

Mr. Pierce is listed as the Free Safety starter. So it is safe to say he’s going to have a figurative, and literal, impact on the field (every pun in that last statement was intended). As a true sophomore he’s made the move from a backup cornerback from last year, to a starting safety this year. He is (or should be) one of those players that the team just cannot afford to have off the field. And they are finding a way to make sure to keep him on. The Boise State secondary has three sophomores in the starting slot (RHD has the ‘OR’ designation shared with Michael Young). Though he will be playing a “new” position going into the season, this should provide for Pierce an opportunity to become a fan-favorite in a laundry-list of Bronco safeties.

What is going on https://t.co/q5obECg3vU

Man, the CFL is weird.

The French language has seventeen words for ‘surrender.’ Deandre Pierce doesn’t even know the concept.