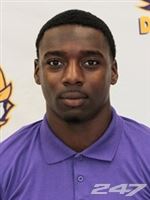 Young caught the attention of the Broncos as a physical 3-star corner/safety at Dodge City Community College (KS). 247sports said he was the 12th best JuCo product at his position in the country and he showed it by racking up 46 tackles as a sophomore last season, with 3 of them for-loss. As a soph, Young also forced two fumbles (recovering one), intercepted two passes, registered 3 pass break-ups and blocked three kicks. Young had offers from Bowling Green UNC-Charlotte, Troy, Arkansas State, Iowa State, and of course...the Broncos.

Kid keeps their heads ringing, that’s for sure. 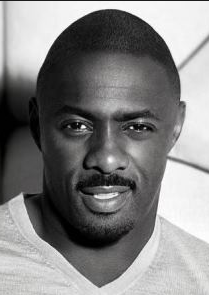 It’s been since at least 2014 (Cleshawn Page) since we’ve had a corner quite like Young, but Young is even bigger than the stocky Page...and may be just as fast. Looking at his film, you sometimes get the impression you’re looking at Jamar Taylor and other times, when he’s laying a vicious hit—Jeron Johnson. Neither are bad comparisons if you’re looking for Bronco inspiration, and if Young plays like either of the aforementioned in the course of a season, we should count ourselves lucky.

It’s hard not to root for Young, who has had a turbulent life but has shown incredible toughness and perseverance. Boise State represents more than just a chance to play division 1 football for Young and I think with the grit he’s shown, this will be a positive step for him in his journey. It’s easy to see both how the Broncos can help him and how he can help the Broncos and I think whether he’s starting (Reid Harrison-Ducros took most the first-team snaps at yesterday’s fan fest) or not, he’ll be a valuable asset.

Ambrose said Young texts him every four or five days to say thank you for bringing him in. “He’s just happy to be in the opportunity in this situation, to be in such a great place, everyone’s been phenomenal to him.”

Young displays very good football instincts, shows great closing speed, and can really hit. It would be nice to have another “enforcer” type DB in the mix and I think we’ve got just that with Young.

Young has a pre-game meal ritual that has always brought him luck. That meal? What else—Lucky Charms.