The Broncos were able to pull off a signing day coup when Frazier chose the Broncos in a televised hat ceremony over in-state USC. Frazier was a 4-star recruit according to 247sports and one of their top 30 prospects in the state of California. Frazier racked up 191 tackles (146 solo) in his two-year varsity career as well as 25 sacks (19 of which were in his senior campaign). For his efforts as a senior, Frazier was named to the All Del Rey League first team and the All-CIF team and was also named the League MVP. Frazier picked the Broncos over reported offers from USC, Utah, Arizona, Northern Arizona, Houston, Illinois, Indiana, and San Diego State. 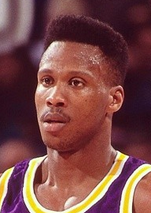 Frazier made a modest leap as a sophomore last season, more than doubling his tackle numbers and nearly doubling his sack stats from his freshman campaign. It was only after the season that we realized just how big a feat it was for Frazier to be on the field at all in 2016. All the way back in fall camp of 2016, Frazier tore the labrum in his shoulder—the labrum is a little piece of cartilage that aids in keeping the ball in the socket, so to speak. It hurts...but Frazier didn't let that stop him from starting the season opener at Louisiana-Lafayette and making a sack and registering 1.5 tackles for loss.

As the year wore on, injuries piled up—an ankle injury against Colorado State...a torn meniscus against Hawaii, but Frazier soldiered on, eventually only missing the Broncos clunker of a bowl game against Baylor. So, we've got the "toughness" column checked for Frazier and now, as he enters his junior season having undergone surgery for all three maladies, the questions become: can he stay healthy...and just what is a fully healthy Frazier capable of? If he can finish 3rd on the team in sacks whilst held together with baling twine...I feel like the answer to the latter is “a lot”.

Boise State has a LOT of young, talented D-lineman that should see a lot of time this season. Of course, they have some very talented older lineman as well, so I think having so many fresh legs and fresh moves should help the entire D-line improve upon last year’s output. One that should benefit from a bit more rest is the oft-dinged Frazier...who I think can do some great things if he’s not snakebit by injuries again. He’s got a high ceiling (so he doesn’t bonk his head) and can be an all-conference caliber guy, in my opinion..he just needs to keep the injury bugs at bay and play his game. If that means keeping him in bubble wrap on the sideline, I’m all for it.

Everyday is another page!

Fraziers’ parents nearly named him “Smokin’ Joe” when he was a lad...and not because they were fans of the boxer, but because when he was born, he was clutching a pack of Pall Malls.