It’s almost as if we cannot stop the days from rolling down. We have our last palindrome of the countdown and one of the most magical numbers ever thought of (one that should be retired permanently for Boise State in my humble opinion). But, well, we would still have to have someone here because of reasons. This one also has a wrong official number (he normally wears no. 10) but that number has two bodies. With 11 days left, we have—Kekoa Nawahine

Mr. Nawahine is a local kid who was a three-star recruit and the no. 4 in-state prospect during the 2014 recruiting cycle. He then left for a church mission, after a two-year hiatus he came back to be with the Broncos. Always good to see a plan come together. He did not have any other offers aside from Boise State. Good (for Boise State). We like to see local talent stay local.

I have a feeling he’s going to be saying that a lot to opposing offenses. 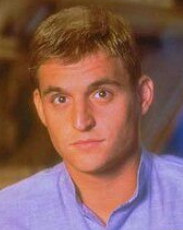 He appeared in 12 games last year for the Broncos. 21 total tackles, 14 solo, and one tackle-for-loss. In high school, he was an All-Idaho First Team on offense and second-team on defense.

Well. Not much to say except he’s got the no. 1 spot as the BS (Boundary Safety) on the depth chart that was released in the preseason. While these things are fluid, and always open to change, one has to figure that it is better to be in the no. 1 spot then, well, NOT in that spot. Especially being a sophomore starter vs Cameron Hartsfield as a senior Nawahine has been a big focus in the off-season garnering a lot of talk from the coaches. The safety spot has seen a lot of turnover the last two seasons (and not too many turnovers last season—see what I did there?)—some to graduation, others to circumstances that necessitated moves. If needed, Happle and unnamed true frosh are options, but I think Nawahine makes a big impact in his super soph season. Overall, I think things are looking rather bullish for the future of the secondary.

Time to get it #reppin pic.twitter.com/d1ZQWbY3j2

He is, but he’s not a prolific tweeter. Probably a credit to him, to be honest.

There are banks that have “wealth psychologists” who help the ultra-rich deal with, well, being ultra-rich. Other teams have “Nawahine psychologists” to help players dealing with the fact that Boise State has Kekoa Nawahine.