Less than a fortnight to go. The weather is getting cooler folks. It’s almost time. We have another player whose actual number doesn’t coincide with the number of days. So you’ll have to excuse some of the back and forth. With 12 days left until kickoff let’s review—Evan Tyler

Mr. Evan Tyler was a consensus three-star athlete for Roosevelt. He was the no. 15 ranked safety in California and no. 21 for the west. So he was pretty good. He was a All-Big VIII first team selection and All-Inland Area honorable mention. He wasn’t just good at football, he was also a won a league title in the 400m hurdles. His only other offer was San Jose State—to which he initially committed—but when the Broncos came calling he decided to switch. Yeah, Boise State does end up on the right side of these things every so often. He did get some interesting... interest... from the likes of Florida State, California, Stanford, and USC.

Oh my goodness I am getting just worse, and worse at this. Luckily there aren’t very many of these left. 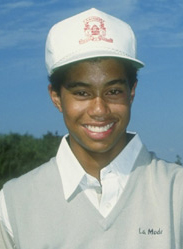 I mentioned a lot of his highlights from high school above. And, outside of four tackles against Louisiana, he doesn’t have many in a Broncos uniform. But that is mostly due to an early-season injury last year.

Well, I suppose in a way, it’s fortuitous that Mr. Tyler tore his ACL before his countdown was published but in every other way it’s freaking terrible. Tyler had a promising start to his Bronco career a year ago when he made 4 stops against Louisiana-Lafayette, but his ACL paid the price and he was lost for the year. Things were looking good for Tyler in this year’s fall camp until, that is, Coach Harsin made the announcement that he again had blown out that fickle ligament and he’d be lost for the 2017 season.

You can’t help but feel bad for the snakebit sophomore and all we can really do at this juncture is hope for a fast recovery and that he’ll be able to gain back some eligibility from hardship waivers. Of course, the most important thing is Mr. Tyler’s health and as much as we’d love to see him on the field...we also want to see him walking, so whether he makes a full recovery or not—we’re behind him. And speaking of behind him...true frosh Kekaula Kaniho was likely behind Tyler in camp but may now find himself in a position to play and we wish it wasn’t like this, but for what it’s worth, Harsin and others have praised Kekaula’s fall camp, so like Deandre Pierce last season, he may be the unwitting beneficiary of Tyler’s lack of availability. Get well soon, Evan.

Thanks for all the well wishes! Just a minor setback for a major comeback!

Yes, and we wish this year-old tweet wasn’t still relevant.

Though Fruit Loops are the same flavor, despite the color differences, Evan Tyler is a connoisseur. He can tell the month, day, and year that the particular box was manufactured. This is important work as he also a sommelier of Fruit Loops who can pair them with any other breakfast food perfectly.