We are now down to 18 days in our countdown. Just barely old enough to buy cigarettes (vape?) and vote. Today’s honoree is another example of missing the mark just by a little bit. While we are previewing him today, his actual number is 8. Oh well. While we are here, let’s talk about—Sean Modster

He passed on an offer to play for Colorado (natch) to play for the Broncos on the Blue™. He was a three-star recruit out of high school and, oddly enough, these were the only two offers he had. Seems like it could have gone either way. Broncos ended up the winners here.

When I hear Sean’s last name I think of Richard Laymer. 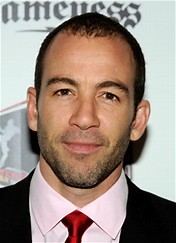 Mr. Modster has yet to have a breakout year for the Broncos. That can be kind of difficult when you’re behind the likes of Chaz Anderson, Thomas Sperbeck, and last year’s breakout WR Cedrick Wilson. But, having said that, Modster has put up some numbers. Last year he appeared in 10 games, eight catches for 135 yards. The bulk of those, thankfully, came against BYU with four catches and 82 yards.

Every year I keep waiting for the breakout that I think Modster is capable of. It seemed as though he was able to get over that hump during the BYU game providing a bit of a spark with his four catches for 83 yards. After that, we didn’t hear too much from him with only two passes caught in Wyoming and one against Baylor. Again, there is a lot to that. Thomas Sperbeck and Cedrick Wilson being the one and two on the pecking order doesn’t help. And Chaz Anderson rounding out the top three. Only so many touches to go around that Modster doesn’t get those opportunities.

For this year a clear no. 2 receiver needs to step up. Cedrick Wilson is going to be awesome, natch, but who is going to be that guy to “pick up the slack” as it were. Modster has the opportunity here. The Broncos lost a talented Bubba Ogbebor to a transfer because it, apparently, seemed like he may be buried on the depth chart. Not for nothing, but Modster was the leading receiver in the spring game back in April (5 catches for 37 yards). AJ Richardson was second with 4 catches and 74 yards. Signs are pointing towards this being the year he does his thing. I am rooting for that.

Yup! And he’s not sorry!

Sorry not so sorry