There are just 20 days until kickoff, but we’ll have to break with tradition today and highlight a player NOT in the #20 jersey. See, there are two guys currently wearing #9 and we already highlighted the guy who’ll actually wear #20 this year (Roman Kafentzis)...so we have to get creative to try to get everyone their time in the sun. Today, we’ll look at one of the guys double-booked in the #9 jersey—Bryan Jefferson

Jefferson made quite the trek to The Blue. Not quite as far as Brit Elliot Hoyte, mind you...but he made a coast to coast trip to become a Bronco and that's plenty. Jefferson was a big "get" for the Broncos out of Florida's Leesburg High School, where he was rated a 3-star and the 48th ranked player at his position nationally. As a senior at Leesburg, Jefferson hauled in 42 catches for 801 yards and 8 scores...a modest improvement over his junior season where he snagged 41 catches for 609 yards and 5 scores. In the end, Jefferson chose the Broncos over a pretty impressive list of suitors, including Bowling Green, Cincinnati, Duke, FIU, FAU, Iowa, Iowa State, Middle Tennessee State, Oregon State, Temple, UAB, and UCF.

Cuz he’s movin’ on up the depth chart 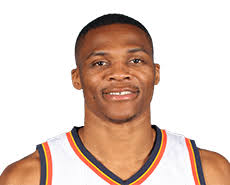 Consensus 3-star recruit that was named the 74th best overall athlete in Florida after senior season. 1,961 yards and 18 TDs in his HS career. Helped lead Leesburg to district championship as a junior and a runner-up finish as a sophomore.

Jefferson was one of the bigger receiver prospects (not stature-wise) that the Broncos have signed in the last couple of years...and with him being alllll the way on the east coast, you know he's a guy the Broncos were sky-high on (even if Florida recruits haven't always really worked out). Jefferson has yet to see live game-action as a Bronco however, and some are probably wondering if Jefferson's hype will ever come to fruition. I can't answer that definitively, but I think Jefferson's Bronco glory has merely been delayed—not cancelled.

Jefferson has struggled a bit with injury, but all accounts are that he's ready for this year's slate and we'll need him to realize some of that promise with Brett Rypien and company looking for some fresh playmakers. Thomas Sperbeck can no longer be a crutch and Chaz Anderson will no longer be such a tantalizing deep target (whether he caught it or not), so in 2017, the staff will be looking to some untested (or lightly tested) Broncos like Sean Modster, AJ Richardson, Jefferson, and newbies like Cartrell Thomas and Octavius Evans.

Frankly, I think taking some of those familiar crutches away from Rypien could actually improve the overall passing game...much like it did when Young and Pettis graduated (not that Kellen had a problem with ball distribution). Jefferson should see significant time this fall and I'm pretty stoked to finally see what he's capable of. The Broncos have enough guys in the mix that a few are sure to rise to the top, and there’s no reason that Jefferson can’t be one of those risers.

Historical documents state that Jefferson’s hometown of Leesburg, Florida was named after Evander McIver Lee, but this is erroneous. The town actually became known as “Leesburg” after Kathie Lee Gifford recorded a Carnival Cruise spot at the Florida destination in 1984. Prior to that, the town was known as “Philbinville”.