By being awesome (obvi). A consensus three-star athlete (Scout/Rivals/247sports), Wright played QB while at Fontana Jurupa Hills (in 2013), and did quite well—with 2,512 passing yards, 22 touchdowns, and 1,000 yards rushing, while adding another 18 rushing touchdowns. All that offense was more than enough for Wright to earn All-CIF Southern Section East Valley Division Offensive Player of the Year honors. He switched schools, AND to defensive back between his junior and senior seasons and helped lead his new team to a CIF semifinal appearance, as well as being named to the All-Angelus League First Team. Despite overtures from the likes of Florida, Nebraska, Wisconsin, and Washington—Wright committed to the Broncos and effectively shut down his recruitment—meaning the only official offers he came away with were from the likes of Boise State, Idaho, and Navy. I’d say he chose wisely. 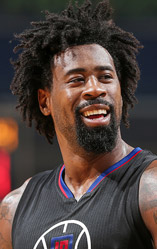 Man, I feel a lot better about our safeties this year than last, which seems a tad counterintuitive since it was thought at this time last season that Chanceller James and Dylan Sumner-Gardner would be our starting guys. Well, both are gone this year for different reasons, but the future of these positions seems so much clearer (and the depth chart wagon is riding much lower to the ground). A season ago, we were having to scrap together rag-tag groups of safeties just to make it through spring camp—now, we’ve got so many bodies I’m not sure how they’ll all play—and this dovetails nicely into today’s countdown because I don’t know where Damion Wright fits in this safety mishmash, but I’m still interested in finding out.

Wright certainly has a frame that you’d normally associate with the safety position as he’s more in the Jeron Johnson mold (they share a jersey number too), but he’s taking a back seat to players with more slight frames at the moment. According to Boise State’s first depth chart of the year (the one from the MWC media summit), true sophomores Deandre Pierce and Kekoa Nawahine are atop the depth chart at Field Safety and Boundary Safety, respectively. Now, the MWC media days chart is to be taken with at least a pinch of salt, but the fact that Damion wasn’t on that particular charts two-deep could be telling (or then again, it could mean nothing...pinch of salt, remember). Wright has the size, athleticism, and acumen to be a contributor on the field for the Broncos, but at least in the interim, I think his best shot is to make himself indispensable on special teams and hope to work into the “fresh legs” rotation at one of the safety spots. There’s a youth movement in the Boise State secondary and now’s the time to make a move.

Yes, but based on the timestamp here...he doesn’t tweet much.

Damion is neither “right-brained” or “left-brained” but solidly “Wright-brained” which means he’s more compassionate, analytical, and really loves nachos. For the record, I’m wright-brained as well.