Barely over a month until kickoff. Time to get the smoker out of storage (or are we just “vaping” things now). Today, let’s look at #36 on the Bronco roster—Blake Whitlock

Blake accepted a preferred walk-on offer from the Broncos after two stellar years at Saddleback Community College and arrived just before fall camp last season. In Whitlock’s two seasons at Saddleback, he amassed 100 tackles (8.5 for loss), 4 sacks, and an interception. Prior to arriving at the JC, Blake was a standout linebacker at Reno’s Galena High, where he was a first-team All-State and All-Division 1 performer as a senior after racking up 76 tackles (5 for loss), and 3 sacks. As a junior at Galena, Whitlock was a two-way honoree, earning All-Sierra first-team honors at linebacker and an honorable mention nod at tight end.

We’ll give this a shot. 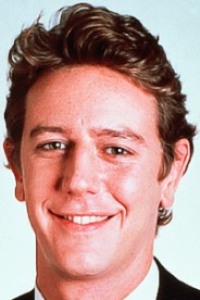 Appeared in all 13 games for the Broncos in 2016, with 5 starts. Named to JCGridiron.com Preseason Linebacker Watch List prior to sophomore season at Saddleback. First-team All-State and All-Division 1 honoree as a senior at Reno’s Galena High. All-Sierra first-teamer as a junior. All-region wrestler as a prep.

Last fall, Whitlock broke landspeed records for being put on scholarship...a pretty stunning development given that he was barely even put on the roster before landing the coveted scholly (August 24). Whitlock showed fans that his securing of the bag was no fluke though and went on to have a great season—making five starts and finishing with 36 tackles (4 for loss) and 2 sacks.

In his final season, I expect to see a player that plays much faster in his second year in the program and one that splits time regularly with top breakout-prospect Leighton Vander Esch. Whitlock is a guy that you can tell loves to play the game, and that gives me a lot of confidence going into a sorta scary season at LB. Sure, we lost some big time players to graduation (and baseball), but we’ve got a solid core and their energy is sure to infect the newbies. I’m expecting another solid season from Blake and the type of year that leaves no one wondering just who he is. Furthermore, he’s shown a blueprint for the bevy of other walk-on LBs to follow if they wish to step into the scholarship fold.

Yep, and dunking on his old ball coach.

On older computer keyboards, there is a “Wit lock” key right below the “Caps lock”. Writers who would accidentally depress this key would find their writings peppered with puns, jibes, and brevity (which is the soul of wit, you know).