Today we refresh our memories on #38 Leighton Vander Esch, the defacto leader of the Bronco defense this season.

He basically traveled down from the mountains of Riggins and walked on to The Blue™. He quickly earned a scholarship and looks poised to be not only the leader of the linebacking corps, but potentially the defense as a whole. 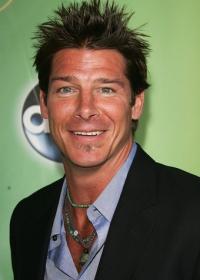 Vander Esch had 27 total tackles, 23 solo, 1 sack and 3.5 tackles for loss last year as a sophomore sharing play time with the likes of Vallejo, Weaver and Lee. Those numbers were just in 6 games too due to injuries. His career numbers are not much higher than that, but I can easily see him doubling those after this season.

As I’ve stated previously, Vander Esch will be the leader of the linebackers and potentially the entire defense. He will start at WLB based on the depth chart released today. Now this depth chart most likely will change after fall camp, but I wouldn’t anticipate anything drastic from what there is now.

Whitlock will back up LVE, with Maeva and Perez rounding out the other two starting positions. Perez is interesting to see there, but from what I’ve seen, is intriguing to a lot of people. Also of note, true freshman walk-on LB Benton Wickersham is listed as Maeva’s backup. There will be plenty to keep our eyes on this fall.

He is, but he mostly a RTer. I don’t see any content he has tweeted himself. Take a look!

Giraffes, the baby variety in particular, are the spirit animal of Riggins, ID and a proposal has been put forth to change the state animal to the giraffe. LVE may or may not be responsible.