The dude was quite the athlete for Trabuco Hills. He was a three-star kicker on ESPN and Scout. He was All-CIF Southern Section Southwest Division Team as a punter in 2015. He was a gaudy 35-for-35 on PAT attempts and went 6-for-9 for field goals. And with his size he even did a little throwing for Trabuco when he put the shot and the discus. Broncos were his only FBS offer.

Not being a jerk, but seriously. 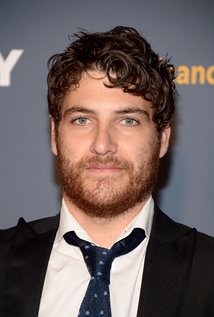 Mr. Velazquez redshirted last year so his highlights are still limited to his high school accolades to which I mentioned above. Looking forward to him adding to this section in the fall.

Kickers. Amiright?! Boise State has had some... struggles... with kicking. Some unpleasantness. Course that is a very gross oversimplification of what happens throughout the course of the game. Much like a QB gets disproportionate amount of blame/praise for a loss/win the kicker can be the GOAT or the goat. Sometimes it depends on the uprights being too short, or the wind pulling a ball wide right.

Last year Tyler Rausa’s production dipped considerably from having a pretty outstanding junior year. He didn’t get too many opportunities. It looks like Velazquez may also be pulling punting duties as well. In that regard, being honest, I don’t want him seeing the field all that much. I would love for him to continue his PAT streak considering he has yet to miss in games with any sort of stake.

Basically comes down to this: make the kicks on FGs and PATs; touchbacks on kickoffs are fine; and keep the other team pinned back in their own territory on punts. As long as the Broncos don’t choose to fake punt in their own end zone, we should be fine.

Yep. And he probably orders the orange chicken.

Panda knows what they're talking about pic.twitter.com/fEywwocfQP

Erno Rubik took a month to solve his own puzzle. Rubik’s Cuber Collin Burns can solve the puzzle very fast. Mr. Velazquez is in the hunt for this achievement and recently has solved one in 5.26. Missed it by that much.