We’re a hairs-breadth from halfway through the countdown here at day 51, so today we’ll highlight a newcomer who could wear #51 (if we’re lucky)—Ezekiel Noa 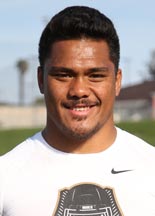 Noa was a late but huge addition to Boise State’s 2017 class as he jumped aboard the good ship Bronco on January 18th and stuck with the Broncos until the first week of February. A consensus 3-star recruit with four varsity letters at Helix High School (Jamar Taylor's high school), Noa helped his team to a CIF San Diego Section Open Division title in 2015 and a runner-up finish last season (he suffered a season-ending injury in the semifinals). Noa was twice named the CIF San Diego Section Defensive Player of the Year and East County Defensive Player of the Year and made the All-East County AND All-San Diego County teams three years running. His last season with the Highlanders, Noa racked up 92 tackles, with 9.5 sacks and an INT. As a junior, Noa made 73 stops, 8 sacks and had two pick-sixes. Noa was a finalist for the PPR Silver Pigskin Player of the Year award in 2016. Noa chose the Broncos over offers from the hometown Aztecs, Colorado, Colorado State, Nevada, Washington State, and Wisconsin. Watch and learn. 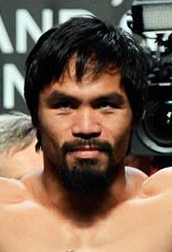 I’ll admit of all the film of recruits or commits I’ve watched in the last year, I probably haven’t hit the “watch again” button as much with anyone as I have with Noa. I just really, really like the way this kid plays the game. He’s got a sky-high football IQ, plays “downhill” and hits like a Mack Truck—get a Mack Truck going downhill and you best get out of the way. We don’t know what number Noa will be wearing next season for the Broncos, but placing him in the vacant #51 slot last filled by Ben Weaver seemed like a no-brainer for the countdown, as he reminds me of Weaver in a number of ways. Truth be told, though...Noa looks like a whole new type of ‘backer for the Broncos and I think he’s got all-conference potential on his horizon. The biggest question will just be: when?

As good as Noa is, and as game-ready, I actually think he could benefit largely from a redshirt season as he had knee surgery in January and just might not have enough rehab time in his back pocket. Of course, some guys heal faster than others and we could certainly use some depth help at LB this season. I’m giving Noa about a 25% chance of playing this year based on nothing more than gut feeling, but when he does suit up for the blue and orange, he’ll be one worth watching. Speaking of watching, here’s LA Chargers GM Tom Telesco breaking down Noa’s film:

06012017 THANK U LORD because without you none of this would be possible #AG2G pic.twitter.com/6MHVAafqxn

He is, and he has a few extra leis if you need some.

Zeke has partnered with Boise State’s all-conference DT to pledge that running backs will not be able to run up the middle Noa Moa.