Just 86 days until kickoff, so might as well look at #86 on the Boise State roster—Chase Blakley

Through the persistence of ex-OC Eliah Drinkwitz. Blakley was a seemingly firm UW commit for the better part of a year and hadn't even been offered by Chris Petersen's Boise State staff. Well, after Chris Petersen went to Seattle, Blakley no longer felt he was as highly-prized as was warranted and the incoming Boise State staff made keeping the Northern Idaho stud in-state a major priority. So major, in fact, that Eliah Drinkwitz showed up at his CdA doorstep at 12:01 AM the morning the dead period ended. Blakley caught 47 passes as a senior for 762 yards and 11 scores and helped lead his team to a state championship. As a junior, he had 51 receptions for 598 yards and 7 TDs. Blakley was named the Preseason "Mr. Football" for Idaho prior to his senior season by MaxPreps and was named first team all-state on both offense and defense at the season's close. Blakley was rated a 4-star player and #8 at his position nationally by Rivals/Yahoo! and also was named the #1 player in the state by 247Sports.com. Blakley held offers from EWU, Florida, Idaho, Idaho State, Washington (obviously), and Wyoming. It's safe to say that list would have been a lot longer too if he hadn't been so thoroughly committed to the Huskies for so long. 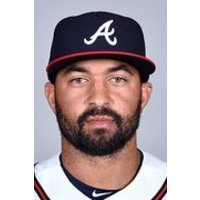 Well, he still has the same face, so he still looks like Major-Leaguer Matt Kemp.

Appeared in all 13 games for the Broncos in 2016. 99 career receptions for 1,379 yards and 18 touchdowns. Awarded 4-stars and 8th best TE in the nation distinction by Rivals. Led team to state title in 2013. Was named first team all-state on offense and defense in 2013.

I’m not an endoscopic, arthroscopic, or any other type of “opic” surgeon...but I do know that Achilles’ tendon injuries are a bugger and not the easiest type of injury to just “walk off”. I drop this unscientific medical analysis to remind people that Blakley did suffer such an injury as a redshirt frosh, and while he was able to play last season as a sophomore, there’s a good chance that he wasn’t what he or anyone else would call “one hundred percent”. You may recall Jay Ajayi’s redshirt freshman season coming off an ACL tear. He still very much did Ajayi things, but it wasn’t until his sophomore year when he was fully recovered and harvesting souls on the gridiron. Blakley could well be in for a more productive season in 2017 and that could be because of more than just scheme.

A season ago, Blakley played in all 13 games for the Broncos...but like most of the tight end unit, wasn’t a huge part of the passing game. We may never quite know the reason that the Broncos decided to leave so many dangerous receiving weapons in their arsenal...but if that doesn’t change this season, we’ve no one to blame but ourselves (just kidding, we’ll blame the OC). The multi-headed OC attack from a season ago is back to a traditional one-man show (with input from others, obvs) and Zak Hill has to see the number of big, fast, strong tight ends he has at his disposal and wonder what creative schemes he can dream up to get them the ball. Blakley isn’t necessarily a pass-catching tight end or a blocking tight end if we’re trying to pigeonhole him—I think he can do both with equal acumen...which makes him all the more dangerous when he’s in the game. He’s the type of player that can sneak up on teams and if we’re lucky, that’s exactly what he’ll do in this, his (expected) jump-off season. I promise this season a twitter search of his name will return more than just tweets about “costly personal fouls”.

Yes, and he had the same reaction as I did to Brett Rypien’s “twerking” video.

Chase has an uncle in a monastery named Chaste Blakley.