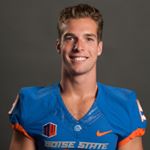 Brock spent some time at Shasta College post-high school after a stellar career at Enterprise. He finished his senior season with 31 catches for 807 yards and 7 touchdowns.

I felt this was an appropriate name for him after trimming his do. 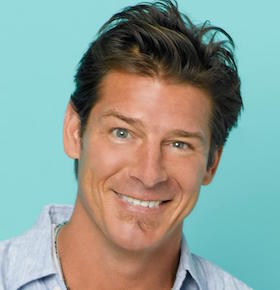 Ty Pennington now that he chopped off the locks! Though I guess he didn’t look like Scott Wolf last year...

Most of Brock’s time with the Broncos has been spent on special teams. He recorded 4 tackles in 2016. At Shasta, he recorded 42 catches for 780 yards and 6 touchdowns, earning him honorable mention all-league honors.

We already know who the #1 receiver will be: Cedrick Wilson. Behind him, it’s wide open. Presumably, Butler, Richardson and Modster will play some roles. Carter is coming off a redshirt and we lost Bubba Ogbebor out of nowhere. Bryan Jefferson was injured last year, if I recall correctly, so hopefully he is healthy this fall. Austin Cottrell has one more year to do some work.

We also have Damon Cole, Octavius Evans and Cartrell Thomas coming in. All 3 of them have the potential to play.

That’s plenty of competition—though mostly unproven—for Brock, along with the other walk-ons (David McKinzie and Christian Blaser).

Really I haven’t said much up to this point as Brock has the potential to earn some playing time. He’ll have some stiff competition, but as I stated before, it’s largely unproven.

Yes he is, albeit not that active. He had two more recent posts than these, but they were RTs, which aren’t as personal. Follow him anyway!

While he loved his hair, Brock felt the maintenance was not worth it for the time being. It also slowed him down due to wind resistance.